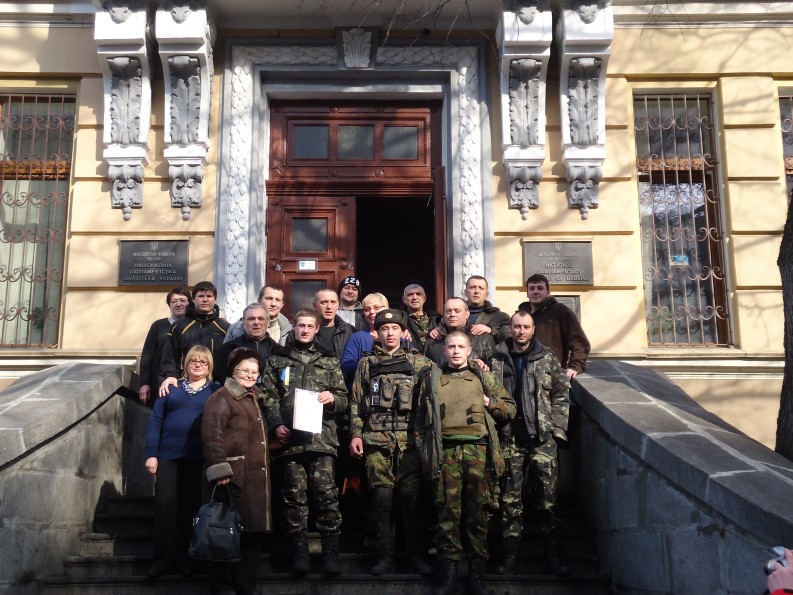 Amid violent political protests and the threat of occupation by Russian troops, Ukrainians are moving to protect their most precious literary treasures.

Since ancient times, libraries and books have always suffered collateral damage in conflicts and wars. As the situation in Ukraine remains highly volatile, the Ukrainian Library Association has rallied with other organizations to form a national committee within the Association of National Committees of the Blue Shield (ANCBS) to help protect cultural property at risk of destruction.

Founded in 1995, the Ukrainian Library Association is a national, non-governmental professional association which represents about 80,000 library workers across the country and more than 40,000 libraries. The Association functions remarkably like a political lobby, “supporting the process of democratization in Ukraine,” said Valentyna Pashkova, vice-president of the Association, via email. “[The] Association strives to be the chief advocate for the people of Ukraine to achieve and maintain high-quality library and information services by protecting the right to read, educating librarians, improving library services, and making information available to everyone.”

When street battles between protestors and government troops took place in January and February of this year in Ukraine, the Association reacted quickly with a statement to The International Federation of Library Associations and Institutions (IFLA) calling for immediate action to find a peaceful solution to the conflict. The Association was also quick to condemn the attempt to set a regional library on fire in the center of Vinnytsia, a city southwest of Kiev. (According to Pashkova, this was an isolated incident.) Many of the skirmishes took place in front of Kiev’s National Parliamentary Library of Ukraine, which in 1943 was heavily damaged after looting and burning by retreating Nazi troops. Librarians stayed on the job night and day helping anti-government protestors and protecting the building and the library collections. The International Red Cross set up a field hospital inside the library and a few streets away the Maidan civil movement opened a free public library in Maidan square in late January, with residents donating books to it.

With the possibility of of the Republic of Crimea separating from Ukraine looming, Pashkova said she has spoken to several individual members of the Ukrainian Library Association in Crimea, although there are no regional chapters of the Association exist. In answer to the question of what she considered the most urgent issues to deal with in the near future, Pashkova replied: “The Ukrainian Library Association initiated the round table of the national (there are 8 national libraries in Ukraine) and state library directors, the leading librarians and everyone who is interested. The aim is to work out the proposals for the new Minister of Culture on how to transform the library field taking into account democratic changes, trends in technology and so on.”