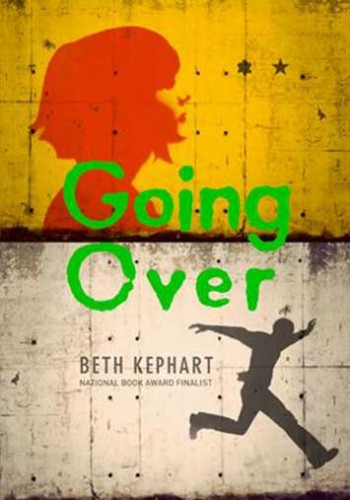 Checkpoints. Watchtowers. Walls…”Why do we persist in dividing people when it only served to diminish hope and the greater good?,” asks author Beth Kephart.

We live in a world of infinite gradations and restless infiltrations. We live in a world of checkpoints, watchtowers, walls. We are free to go, or we are not. We are here, but never entirely there. We are fenced in or fenced out. We are on the move (some 232 million around the world left one country for another in 2013, according to the United Nations Department of Economic and Social Affairs) or we are hunkered down—stuck—behind a fortress of distance-making words: “Aliens.” “Illegals.”

Along the Palestinian West Bank and the Green Line zigzags a wall—hundreds of miles long, barbed, contested. Between Saudi Arabia and Yemen, like a stitched seam across shifting desert sands, runs a ten-foot high division built of pipeline and electronics. Where the United States meets Mexico, fences—actual and virtual — safeguard or shame, depending on your politics. In Northern Ireland they call the massive barriers that stand between neighbors “peace lines.”  And in Ukraine, in this, the year of 2014, they are digging trenches and installing tank traps all up and down the eastern border to protect against a possible Russian incursion. Walls are material, and they are symbols. They cast shadows and create shadow worlds. Built to defend laws or to suggest them, to fortify order or to guard against chaos, to offer protection from invaders or condemn those poised to run, walls are also, often, a zone of considerable danger and disorder. Here is Wendy Brown in Walled States, Waning Sovereignty (Zone Books, 2010):

Settlers in Israel and citizens in the United States and elsewhere routinely take the law into their own hands to patrol lands, even to apprehend and arrest “illegals,” or to make “facts on the ground” in the havoc they sometimes wreak with lands, lives, and livelihoods where the walls are built. Examples abound: There is the Israeli settlers’ midnight destruction of Palestinian olive orchards. There is the running skirmish between two opposed activist groups at the U.S.-Mexico border—on one side the self-anointed “angels” who deposit water and maps in open desert lands north of rural border crossing points, and on the other, the Minutemen who hunt down illegals and collect these materials, sometimes replacing the maps with perfidious ones and the clean water foul…

In the dark hours of August 12/13, 1961, a wall went up between the Soviet and western zones of Berlin. Berlin had already been a city divided, passported, stressed. Now it was a city of barbed wire, torn roads, and mine fields. It was a city of Us and Them, East and West, divided loyalties, shattered families, shocked economies.

In time the Wall would become a system of signs, mesh, sand, guard towers, doghouses, hedgehogs, floodlights, asparagus grass, alarms, and solemn gates. It would run some 43 kilometers through the city itself and incorporate 45,000 panes of reinforced concrete all topped with slippery pipe. While tunnel builders, contortionists, jumpers, balloonists, swimmers, zip-line riders, and others would in time prove the Wall’s porosity, the Wall, for the most part, performed—locking the majority of the East Germans in and giving rise to a smoky Stasi city.

Protests against the Wall (and life behind the Wall) were private and civic. They came in the form of speeches and diplomacy, of dark scrawls and neon graffiti, of homegrown punk and western rockers (Bruce Springsteen, Michael Jackson, David Bowie, among them) who would point their speakers toward the east and sing of freedoms to be won. The protesters massed on the streets, they massed in churchyards, they massed, they sang, they demanded, until finally a Russian president named Mikhail Gorbachev stepped up close, and heard.

By early 1989, East Germans were able to make their way to the West through Hungary, Poland, and Czechoslovakia. On the night of November 9, a new travel policy that would enable East Germans to travel West without first visiting a third country was announced over TV one day too soon. The uninformed border guards were not prepared. The people of Berlin, however, were. At Brandenburg Gate, at Checkpoint Charlie, on either side of that slippery pipe, the newly freed East Germans and their western friends began to tear that big wall down.

It had taken nearly thirty years. It would take many more years—and in some ways the process is still ongoing—for Germany to find a best way to reconcile two economies, two currencies, and multiple generations of aborted dreams and despair. Today the Wall (or most of the Wall) may be down, but the scars are still there; so are the stories. The tales told privately among siblings, to grandchildren, between lovers. The memoirs — After the Wall (Jana Hensel) and Timothy Garton (The File) — that capture the odd exotica of a place that no longer precisely is. The novels, like Peter Schneider’s The Wall Jumper, and the brilliant reporting, like Anna Funder’s Stasiland, that help us see what was and what it felt like — that force us to remember.

On November 9, 2014, in commemoration of the 25th anniversary of the Wall’s fall, thousands of lit helium balloons will be floated across the former divisions of Berlin—a symbol, in the words of the planned exhibit’s creators, “of hope for a world without walls.” So bright will these lights be—these markers of freedom, these poetics of choice—that they should be visible from outer space, weather and satellites permitting. Our responsibility, as we celebrate with Berlin, will be to remember all those many contemporary places where walls still rise and barb and hurt. Our responsibility will be to ask ourselves why?, and how?, and if?

Because we’ve learned what divisions do. Because we have been given abundant proof that people divided are ultimately diminished in their hope for a greater good. Because we can’t collectively step forward to heal a planet in desperate need if others remain locked behind walls.

Beth Kephart is the author, most recently, of Going Over (Chronicle Books), a young adult novel and Junior Library Guild Selection about 1983 Berlin. Kephart blogs daily at www.beth-kephart.blogspot.com.