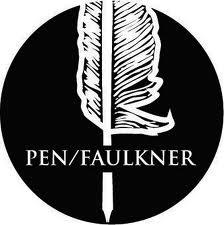 Judges have selected five books published in 2013 as finalists for the 2014 PEN/Faulkner Award for Fiction, called America’s largest peer-juried prize for fiction.

Daniel Alarcon for At Night We Walk in Circles (Riverhead Books), described as “a mystery, a character study, and a political parable exploring the nature of art, love, language and the distorting effects of war, Ana Menendez hailed the book in The New York Times, saying that it delivers ‘a vibrant, ambitiously political story that derives its power from the personal.’”

Percival Everett for Percival Everett by Virgil Russell (Graywolf Press), which is “suffused with references to western philosophy, art, film, politics, and even ranch life, the central relationship of this labyrinthine novel is between father and son, though it’s not always clear just who is narrating the story,” and was called by Mark Athiakis in the Washington Post, “a potent and thoughtful exploration of the bonds between fathers and children.”

Karen Joy Fowler for We are All Completely Besides Ourselves (G.P. Putnam’s Sons), which is said to “bring new meaning to the axiom, ‘Each family is unhappy in its own way,’ and was described by Barbara Kingsolver in the New York Times as “so readably juicy and surreptitiously smart, it deserves all the attention it can get…Fowler is a trustworthy guide through many complex territories.’”

Joan Silber for Fools (W.W. Norton & Company), “six interconnected stories featuring characters walking the line between wisdom and foolishness…Writing in the Boston Globe, Michael Patrick Brady noted that “The links between the stories are not just convenience or a contrivance…Silber indicates that our personal happiness is intertwined with a broader social responsibility…that we are all in this together.”

Valerie Trueblood for Search Party: Stories of Rescue (Counterpart Press), which “plumbs the nature of loss and need with 13 stories that surprise in their perspectives on what it means to search and who is in need of rescue,” which according to Publisher Weekly, “The diamond-sharp stories in Trueblood’s second collection dazzle…[she] tells the stories from unusual angles, with precision and a depth of insight and empathy that enfold the reader into the characters lives.”

This year’s judges – Madison Smartt Bell, Manuel Munoz, and Achy Obejas – considered more than 420 novels and short stories by American authors published in the US during the 2013 calendar year. Submissions came from 132 publishing houses, including small and academic presses.

The winner, who will receive $15,000, will be announced on April 2; the four finalists will receive $5,000 each. In a ceremony that celebrates the winner as “first among equals,” all five authors will be honored during the 34th annual PEN/Faulkner Award ceremony at the Folger Shakespeare Library on May 10th.

Regarding the selection process, judge Madison Smartt Bell said that “The problem becomes not being able to reward all the books that deserve it…all of us were drawn most to work that was truly innovative and surprising in some way – and there was a generous amount of that to choose from.”

And as Meredith Turits commented at bustle.com,

“Sometimes, when literary award nominees come out, you look at the finalists and go, “Meh.” And other times, lists come through, and, like the literary devotee you are, you sort of want to stand up and go, ”Nailed it, committee!” (Or maybe that’s just me, whatever.)

The range represented is fantastic, not only with both women and men, but with short story collections and novels. The selection is also an homage to literature that treads off the beaten path, with Everett’s experimental narrative shape in Percival Everett by Virgil Russell, Alarcón’s unnamed narrator in At Night We Walk in Circles, and Fowler’s unusual subject matter in We Are All Completely Beside Ourselves. (I’d tell you what it’s about, but you should go into reading that book completely blind.)

Tickets for the event can be purchased by calling the Folger Box Office at (202) 544-7077 or by clicking here.