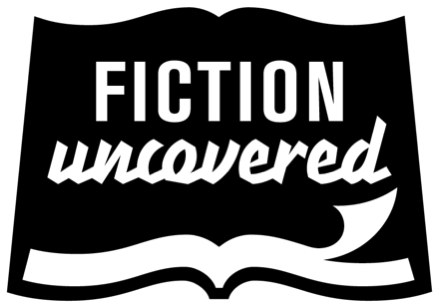 By Sophie Rochester, CEO and Founder of The Literary Platform “Fiction Uncovered, the annual UK promotion which helps find wider audiences for British writers, returns in 2014 and 2015 with National Lottery funding from Arts Council England, through its Grants for the Arts scheme. The idea behind Fiction Uncovered is to celebrate great writing looking beyond the debuts and the bestsellers.

Now, the program has gained even broader support, with the Jerwood Charitable Foundation pledging £80,000 in prize money for 2014 and 2015. Eight annual awards of £5,000 are to be given directly to writers and the Fiction Uncovered promotion becomes the ‘Jerwood Fiction Uncovered Prize.

When it was founded in 2010, Amazon’s Kindle had been available in the UK for about a year, and Apple’s iBookstore had just been launched. The publishing landscape was rapidly changing and self-publishing was on the rise, propelled by the Kindle Direct Publishing platform. An increasing number of writers were considering self-publishing, while publishers and literary agents were launching ebook-only imprints. At the same time, Bricks and Mortar retailers were having a terrible time, hit by recession and the impact of online shopping. Borders UK had closed in 2009 and by 2010 HMV, then owners of UK high street retailers Waterstones, were struggling, and independent bookshops were ‘closing at rate of two a week’. Launching a new book promotion in this complex landscape entailed trying to negotiate bookshop windows and in-store book promotions, whilst simultaneously trying to secure online retailer promotions.

When we received funding for 2014 and 2015, we looked at our submissions criteria to ensure that our judging panel would be choosing titles from as wide a pool of great writing as possible, but Fiction Uncovered also needed to ensure that it was still able to commit to high street retailer and library promotions with print editions of the titles.

Working the Alliance of Independent Authors, we have adjusted the process to allow self-published authors to submit work, as long as they meet the criteria of having already published a work of fiction – a novel, a short story collection or a graphic novel. We have, however, included a stipulation that self-published writers selected for the promotion must be able to supply print editions for any retailer promotions. Digital-only works can also be submitted by ebook-only imprints with a similar commitment to supplying a print edition if selected.

This shift in the submission process, we hope, will ensure that emerging and deserving writers choosing to act as Author-Publishers are given a fair reading by our judging panel, and that talent recognized by ebook-only imprint editors can be submitted. Will the submissions criteria have to change again? Almost certainly. As publishing becomes increasingly fragmented the promotion will endeavor to ensure that all writers feel included by prizes and promotions, but we hope that for now this is one step toward a more inclusive approach.”

Shonagh Manson, Director of Jerwood Charitable Foundation, adds: ‘It is an immense challenge to maintain a livelihood through fiction writing. This has never been more keenly felt than now, with diminishing resources available from publishers, fierce market competition and changes in digital distribution all taking their toll on some of the most talented writers of a generation. Fiction Uncovered has developed a unique and informed platform to give the best writers an urgent boost, and we are proud to launch the Jerwood Fiction Uncovered Prize in 2014 and 2015, through which 100% of our funding will be awarded directly to writers.

The submissions for Fiction Uncovered 2014 extended to 3rd March.