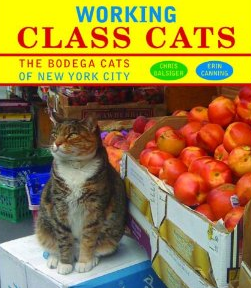 Publishers put out some rather curious books, as exhibited by this year’s shortlist for the Diagram Prize for Oddest Book Title of the Year.

The British – eccentric?  How can you say that?  Your ManBookers and your Pulitzers are fine, but really, there is only one prize that any self-respecting author – or publisher – wishes to win.  Today sees the release of the shortlist for the Diagram Prize for Oddest Book Title of the Year, surely one of the industry’s most coveted accolades.

The six contenders for this year’s prize, which is organized by the Bookseller and voted for by the public at the website of its sister consumer magazine welovethisbook.com, are as follows (with the organizer’s explanatory notes included): How to Pray When You’re Pissed at God by Ian Punnett (Harmony Books, New York)

The Origin of Feces by David Walter-Toews (ECW Press, Toronto)

Tom Tivnan, the Bookseller’s features editor and co-ordinator of the prize, says: “This year’s shortlist reveals once again that more than other literary awards—which superficially judge books on the content between the covers—The Diagram Prize taps into the zeitgeist. Working Class Cats will appeal to the great mass of people who spend their days watching cat videos on the internet when pretending to work, while the “Great British Bake-Off” [BBC cookery show] contingent will be thrilled by Pie-ography’s inclusion. We also have a hard-hitting take on faith, and a look at national identity through an animal that is very tasty when sautéed in garlic butter and garnished with lemon and capers.  And we have two books about poo.”

The prize was originally conceived in 1978 by Trevor Bounford, co-founder with Bruce Robertson of publishing solutions firm The Diagram Group, as a way of passing the time in between appointments at Frankfurt. It was first awarded to Proceedings of the Second International Workshop on Nude Mice, published by the University of Tokyo Press, which as readers will know, was a report of medical studies done using laboratory mice with inhibited immune systems. What’s not to like?

Over the years there have been some true gems.  Personal favorites include the 1994 winner Highlights in the History of Concrete, published — and why aren’t we surprised by this — by the British Cement Association; Butterworths Corporate Manslaughter Service, published by Butterworths which won in 2001; and the mouthful that is the 2005 winner, People Who Don’t Know They’re Dead: How They Attach Themselves to Unsuspecting Bystanders and What to Do About It, bravely published by Red Wheel/Weiser Books of Newburyport, Massachusetts.  The latter, if you’re interested, looks at the intriguing subject of dead spirits that take up residence in bodies that don’t belong to them.

True aficionados of this world have among their collection Russell Ash and Brian Lake’s authoritative Bizarre Books, first published by Macmillan in 1985. This takes the subject a little further and includes, for example, a chapter on those authors whose names perfectly match their book titles.  Thus The World of My Books (American Jewish Archives, Cincinnati, 1956) is written by I M Wise, and Causes of Crime (University of Pennsylvania Press, 1938) is written by A Fink.

Of particular interest is the chapter headed “Against All Odds — Titles to make the heart sink.” This includes The Joy of Cataloguing (The Oryx Press, Phoenix Arizona 1981), Working with British Rail (Batsford 1984) and A Holiday with a Hegelian (A C Fifield 1911) which, observe Ash and Lake, ‘opens with a chapter on ‘What is thought?’  They add: ‘The author does not seem to have had much of a holiday.’

From the long list of past winners, it is very hard to pick a favorite. Versailles: The View from Sweden comes close.  Published by the University of Chicago Press — which also publishes Baboon Metaphysics making it one of the very few publishers to be on the shortlist twice — this is the catalogue of an exhibition at New York‘s Cooper-Hewitt Museum on the influence of French Baroque and Classicism on design in contemporary Sweden. But you knew that.

No, for me, there can only one overall winner.  It has to be the magisterial Greek Rural Postmen and Their Cancellation Numbers (Hellenic Philatelic Society of Great Britain).  Derek Willan’s 1996 winner is a serious look at the history of Greek stamps in rural parts of the country and how they came to be cancelled by the Greek Postal Service. As if that country wasn’t about to have a load more problems! The book aims “to encourage the collection of Greek stamps and to promote their study”.  But you knew that too. You probably own it.

Everybody has their own favorite, odd titles knocking around at home. It’s one of the arguments for physical books. The winner of this year’s Diagram Prize for the Oddest Book Titles of the Year will be announced on Friday, 21 March. Long may this award flourish.