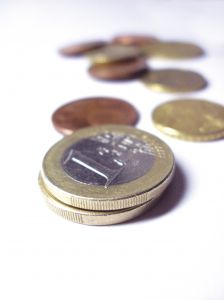 Years of effort on behalf of publishers has resulted in a new fixed book price law in Slovenia, something which should help stabilize the tiny nation’s book business.

LJUBLJANA: Since the end of the last century, 1999 to be exact, a group of Slovenian publishers have striven for the government implementation of a fixed book price law. Enduring numerous ups and downs within the industry, the debate has raged between advocates of the free market competition on one side, and cultural arguments to protect the books and support independent bookshops around the country on the other. When I say around the country, it’s important to bear in mind there are two million Slovenians living on the territory of 20,273 km2, with another  half a million abroad. In figures, Slovenia is a small book market, one still shaken by its communist past, but also one with sophisticated literary taste.

In 2004, the Initiative Group for the Fixed Price of Books, operating from within the Slovenian Chamber of Commerce, managed to get the publishers vote in favor of the agreement; opposition from the Competition Authority failed in court and the pros and cons of what was to come next have been dividing the industry ever since. Among those most concerned were those publishers whose key accounts were public libraries. Libraries purchase approximately one third of all literary production and are, without a doubt, financially and organizationally the strongest network for books in Slovenia.

Yet, since the 2008 economic crises, library purchases have more than halved, even as demands from readers increased: in 2013 books were borrowed from libraries more than 25 million times, while only two million books were sold in bookstores. The ratio between books loaned against books bought is more than 10:1, a figure that is devastating not only for the big publishers, suffering from their privatization pains and ownership issues, but also for the new independent publishing houses trying to bring their content to the readers. Along with publishers, bookshops have been making ends meet in the chaos of the pricing policy and amid the uncertainty and competition appeared willing sell any book almost at any price, no matter how low.

Well, not any longer. As of Friday, January 30, the Slovenian Parliament passed the law establishing fixed book prices. The vote was a majority of 51 over 25, which shows that MPs care. Those who supported the measure all along, popped wine bottles and cheered the Minister of Culture, Mr. Uroš Grilc, a PhD in philosophy, who had the wisdom and the energy to push the law through. He had a strong support from within the industry, for the majority of the publishers have come to the conclusion that some regulation is better than none.

According to the new law, the price for books — including those on paper, audiobooks and ebooks — will be fixed for six months after the date publication, very limited exceptions can be made for sales at  literary events and to libraries. The Slovenian Book Agency will police sales.

No matter how optimistic Slovenian publishers feel this week regarding the future of books in a market “where everybody knows your name,” several challenges remain. Sustaining the interest in last year’s national reading campaign is a top priority, as is the establishment of the on-line portal for Slovenian Books in Print, and the development of a viable and sustainable e-book market, one that caters not only to fiction readers, but that will also work for academic readers.