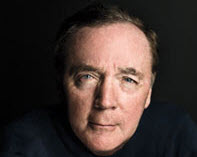 James Patterson is giving some $1 million back to independent bookstores.

The New York Times reports that best-selling author James Patterson has started a program to give away $1 million of his own personal fortune to dozens of independent bookstores, “allowing them to invest in improvements, dole out bonuses to employees, and expand literacy outreach programs.

Patterson announced on Wednesday that the first batch of checks had been sent out. Fifty-five bookstores across the United States will receive grants totaling $267,000 dollars.

In a news release, Patterson said, “Everyday booksellers are out there saving our country’s literature. The work they do to support schools and the rest of their communities leaves a lasting love of reading in children and adults…What are we if we don’t have our own literature? I couldn’t be happier to, very humbly, support booksellers in their mission.”

The Times quotes him as adding that, “I just want to get people more aware and involved in what’s going on here, which is that, with the advent of e-books we either have a great opportunity or a great problem. Our bookstores in America are at risk. Publishing and publishers as we’ve known them are at stake. To some extent the future of American literature is at stake.”

Patterson began the project last year by letting store owners know that he was “willing to begin writing them checks,” according to a spokeswoman for Patterson quoted by The Times.

“Bookstores responded with informal mini-proposals,” wrote Julie Bosman, “explaining what they might do with some extra money. Bank Street Bookstore in Manhattan said it would use the funds to post and stream online video of in-store events. Hicklebee’s in San Jose, Calif., said it wanted to buy a new computer system, replacing its ‘small, ancient screens with green print’ and perhaps bestow a bonus on its hardworking manager, Ann Seaton.”

Linda Marie Barrett, general manager of Malaprop’s Bookstore/Café in Asheville, NC, received a grant to help replace the store’s badly worn carpeting and a damaged parquet floor. “He seems to be keenly aware that bookstores operate on small budgets,” she told the Times.

And Elaine Petrocelli, the owner of Book Passage in the Bay Area, told the Times that she was thrilled to learn that her store had qualified for a grant, which would “go toward the purchase of a van for mobile author events and book fairs.”

“We can’t have a business plan that says James Patterson is going to come along and give us something every year, but these are things we wouldn’t be able to do otherwise,” she said.

The grants range from $2,000 to $15,000. Publishers Weekly reported that Patterson called himself a “bit of a micromanager,” who personally read each of the grant proposals and proposals and personally approved each one.

Patterson has said that the remaining $750,000 in grants will be distributed in stages throughout the year, and that bookstores should continue to apply. “It’s as easy as putting on half a page of paper what you need to do,” he told Publishers Weekly in an interview. “It’s not like applying to Harvard. It’s not difficult, and there’s no catch. We want to be inundated.”

One of the few qualifications for bookstores interested in applying is that they have a children’s section.

Like him or hate him, you can’t fault James Patterson for his generosity. Does itmake sense for more blockbuster authors who have leveraged the influence of independent bookstores to make sales give back a little to keep them afloat? With Patterson in the the lead, and Sherman Alexie — founder of the Indies First campaign — can we expect more to follow? Let us know what you think in the comments.