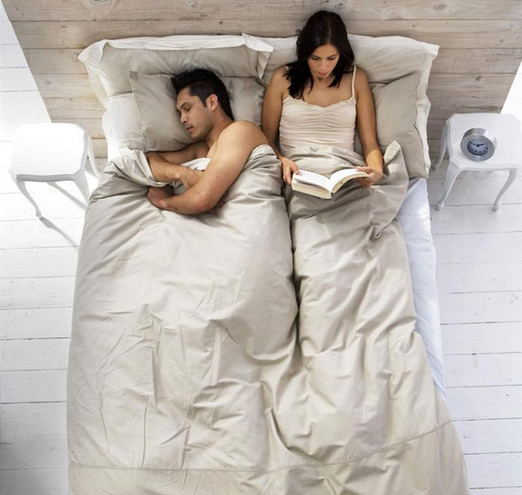 “The only moment when I don’t read is when I’m in bed. There, I either sleep or make love…”  Bernard Pivot, president Académie Goncourt How could this scene be improved? Let me count the ways…

Earlier this week, a piece on these pages quite rightly sang the praises of that giant of French letters, Bernard Pivot, the new president of the Académie Goncourt. But it included the above quote, which set me thinking…

‘Ah what a life that Monsieur Pivot leads! One can only wonder at it. Not for him the dull scrape of page on duvet — or even duller tap of finger on tablet — as he sits, pooled in the light from his bedside anglepoise. Oh no. Au contraire. Over there, in the land where even a scooter is now a symbol of passion, thanks to the antics of France’s President Hollande, you won’t see a book anywhere in the bedroom — not even a Prix Goncourt winner! The bedroom is for lovemaking or for sleep — not for reading.

For many people, after the busyness of day — the commuting, the meetings, the decisions, the cooking, the clearing, the shopping, the washing, the children’s homework, the children’s bedtimes, the arguing and negotiating with teenagers, walking the dog — after all of that, many people crave the peace and quiet and escape that reading books provides. And bed is the perfect place to indulge that pleasure.

“Parlez pour votre-même”, Monsieur Pivot might say. Well, maybe so. But he’s forgetting that reading in bed does not mean that lovemaking won’t follow. Indeed, for some it may just be the calming, stilling, focusing activity that is required. Feelings of care and love can be awakened. And the sleep that follows is surely the sweeter as a result.

Or perhaps, ‘Books: The Ulitimate Aphrodisiac’?