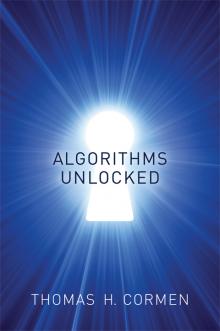 You’re reading an ebook on your device, whichever one it may be, but the font size is a bit small. You bump it from 10-point type to 12-point, the text reflows automatically, and your reading experience continues on without a hitch. But what if you’re reading epic math equations that are pages and pages long for a computer science course? This was the conundrum that MIT Press faced when trying to figure out how to publish complex math, science, and technology texts. Fortunately, there was a company in the wings who’d already considered the problem. Clearly, there was a need for a technology-savvy publisher who could properly code complex material so it could be loaded onto ereader devices. The digital edition of MIT’s bestseller has recently been given a makeover by DCL.

DCL (Data Conversion Laboratory, founded in 1981), which specializes in organizing, converting, and enhancing content into digital formats, has created a special tagging system that reflows complex equations, charts, graphics, and more. This was lucky for MIT, who after partnering with them was able to rerelease three of their most highly regarded computer science texts into a high quality digital format, including “Algorithms Unlocked,” by Thomas H. Cormen, and “Introduction to Computation and Programming Using Python” by John V. Guttag. The MIT Press, which celebrated its 50th anniversary in 2012, publishes approximately 200 titles per year, along with over 30 journals.

Bill Trippe, the press’s Director of Technology, was very happy to embark on a partnership with DCL. “Mainstream publishers in general have been thrilled and challenged by Kindle. It’s perfect for uncomplicated flowing text, but it becomes more complicated with larger formats, or elements such as tables and charts within mathematics.” For the most part, MIT is able to produce most of their own titles, but with these complex books they’ll continue to rely on DCL. The high-tech tagging makeover doesn’t take as much time as it might seem; in general DCL’s turnaround for MIT has been no more than a couple of weeks. And it comes at a fair price.  “In the past we were challenged to find affordable vendors,” says Trippe, adding that the partnership will continue long into the future. “Their experience in this field is just so deep,” he says.

The challenge now for DCL is to pull all of the ereader platforms onto the same page. It would of course be most convenient if the technology could be instantly transposed from device to device, but since not all of them work in the same way there’s not a uniform coding system. “We’re encouraging various device makers to support our technology in the same ways,” says Mark Gross, President and CEO of DCL. “For the MIT titles we had to create a tagging system that flows within the constraints of what the Kindle can do. We coded them at a high level for what will initially be used in a more simple way.” For the layperson, it’s kind of like saying they’ve tailored the technology, but have left room for them to grow.  (Far more diplomatic than saying they’ve dumbed it down for the Kindle.) In other words, as the Kindle’s technology becomes more sophisticated, they’ll be able to continue using this tagging system.

Another issue is that readers have grown accustomed to better quality on all digital fronts. A poorly formatted book might now merit a negative review, despite how wonderful the content is, when several years ago that wasn’t even in consideration. You got what you got and you were happy that it was digital. “Quality has become much more important,” says Trippe. The readability of charts and graphics could illicit a positive or negative review, which doesn’t bode well in an online sales environment like Amazon or B&N, where one trips over reviews before they can say their 2’s times tables.

Of course sales aren’t the sole reason for improving complicated content. “It isn’t just science and technology textbooks that were sorely in need,” explains Gross. “All of the government agencies have to deliver materials as widely as possible.” DCL recently announced a five-year agreement with the U.S. Copyright Office and the Library of Congress (from the press release: “This five-year agreement with DCL is part of the Library of Congress’s expanding efforts to acquire digital content and meet the growing demand for e-publications.”). Another press release on their website states that revenues were up 18% in 2013, with a three year growth of 60%. So far, the business model seems to be working.