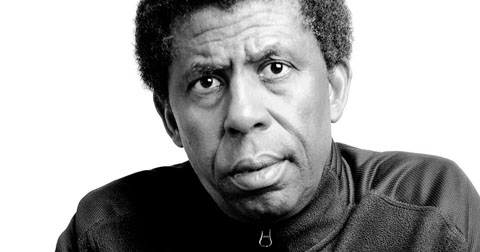 Haitian-Canadian writer Dany Laferrière — who supports the end of the use of the term Francophone — has been admitted to Académie Française, prompting debate.

Last December Haitian-Canadian (Québécois) writer Dany Laferrière was voted into the august Académie Française, taking the seat of the late Argentinian-born author Hector Bianciotti. He is the first Canadian and the first Haitian to become a member of the nearly 400-year-old institution; he is also the first who is neither French, naturalized French, nor a resident of France. The permanent secretary of the Académie, historian Hélène Carrère d’Encausse even consulted with its patron, President François Hollande, who confirmed that the statutes did not require that members be of French nationality.

Laferrière’s friend and fellow author, Franco-Congolese Alain Mabanckou said that his election marks an increasing openness at the Académie Française, the purpose of which is to protect and monitor the French language.

The reactions in the press and elsewhere to Laferrière’s election to the Académie Française brought to the fore the complicated demarcations that language continues to create. A few examples: for the most part Laferrière is referred to and refers to himself as a Québécois, and not a Canadian, while Haitian novelist and poet Lyonel Trouillot recently complained that Laferrière did not give enough credit to the Creole language. It also brings up the subject of “Francophone” writers, a widely used and vague denomination which groups together all authors who write in French, but who are not from France (more often than not from former French colonies and protectorates). In 2007 Laferrière had been one of the signatories, along with Mabanckou, Trouillot and fellow member of the Académie Française, Amin Maalouf, of a manifesto published in the newspaper Le Monde, which eventually became a book, calling for the term “Francophone” to be replaced by “world literature in French.”

While Laferrière acknowledges that the subject of language is complicated, he is refreshingly easy-going about it as well, having been confronted with and addressed the issue early on in his life. He described in an essay written in 2000 how upon arriving in Montreal in 1976 at age 23, fleeing Haiti’s dictatorship, he found a people fighting to retain the French language against the advance of English, the language of its former colonial power, whereas French had been the language of the colonizer in Haiti. Haitians, however, “do not have a colonial neurosis,” said Laferrière. “They won their independence [in 1804] and chose to keep the French language as well as their Creole.”

“When you talk about language with a writer you are entering a very complex area,” he remarked. “When you’re reading an author, you can also sense all the books he has read, the individual who has merged with the writer. A writer must invent his own language.”

Moreover, Laferrière said, it’s possible that the Académie Française’s horizons could be broadened just as much with the inclusion of a subversive young French author.

“Of course the fact that I wasn’t born in France and am not French is important in terms of its impact on society. But I find it perfectly normal for me to be wherever I choose to be.” Laferrière novel was also turned into a popular film.

He defines his style as direct, North American, without any unnecessary flourishes. When his first novel, Comment faire l’amour avec un Nègre sans se fatiguer (How to Make Love to a Negro Without Getting Tired), was being translated into English, he told his translator, David Homel, that he should find the work easy, since the book was already written in English—it was just the words that were in French. Nevertheless, Laferrière does write in French and is greatly appreciated by the French public but he frequently reminds journalists in interviews that he is from the American continent, and that what he calls home is Montreal, Miami, New York and Haiti. He is published by the prestigious Grasset in Paris, and gives the company world rights except for Quebec and Francophone areas in the Americas, thereby remaining faithful to his Montreal publishers, Editions du Boréal and Mémoire d’Encrier, founded by Haitian writer Rodney Saint-Eloi.

In Haiti, where Laferrière actively promotes literature and reading, he waives his royalties so that local publishers can sell his books at a minimal cost. He is the co-president with Trouillot of the French literary festival Etonnants Voyageurs’ Haitian edition. He and Trouillot were setting up the festival in 2010 when the earthquake  struck Haiti. A year later Grasset published his moving account Tout bouge autour de moi (The World is Moving around Me) in which Laferrière underlines Haitians’ remarkable resilience and love of culture: “When everything else falls down, culture remains.”

Laferrière hopes that being a member of the Académie Française will help him in his push for building libraries in countries where they are needed, in particular in Haiti. He regularly donates large quantities of books to Haiti and collaborates with Fokal, an Open Society foundation involved in supporting a network of community libraries.

As much as Laferrière is involved in his country of birth, or Montreal, his city of adoption, he very much supports the idea that literature “makes us international people”. This month, as the 2013 head of the Courrier International literary Prize, which rewards a best foreign novel published in France each year, Laferrière presented the prize to Jaume Cabré, the Spanish (Catalan) author of the novel Confiteor, written, of course, in Catalan.

It will be interesting to read Laferrière’s speech when he is officially admitted to the Académie Française sometime in 2015. In the meantime he seems tickled at the idea of getting his ceremonial sword, which he finds “a very beautiful symbol. The king [was] and now the president is the patron of the Académie but one can stand and be armed and speak freely in front of them.”