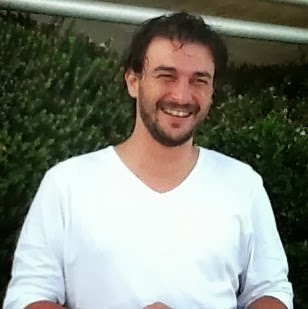 Kotobi.com, a major new Arabic ebookstore, may be a gamechanger for publishing in the region.

Kotobi.com is available in a variety of digital formats throughout the Arabic-speaking world.

Book piracy is one of Arab publishers’ biggest bugaboos. Unauthorized copies appear on university campuses, on street corners, and all over the Internet. But those who download illegal copies are generally not looking to skim off authors’ or publishers’ earnings. They are often bibliophiles, academics, and even literary critics.

Often enough, these “pirates” would be willing to pay a fair price for their books. However, a particular book may simply not be available in shops in their city. Many devoted Arab readers still make special trips—to Beirut, to Cairo, or to a large book fair—in order to buy what they want. Kotobi.com launched at the close of this year’s Cairo International Book Fair to considerable fanfare, and the shop and may represent a shift in big publishers’ attitudes toward ebooks. Until now, big Arab publishers have seen the Internet as a place that’s draining their readership. But for readers, the Internet has solved some of the massive distribution challenges that face the region.

There have been previous attempts to make this trade “legal” by opening up an Arabic ebookstore, Maklad said. But none of these stores has been able to take off. Indeed, some of the previous attempts have left publishers scared.

“They have actual examples where people have come into the market, set up shop, taken their books, sold it, and have not paid them,” Maklad said. “And I think that has caused [the publishers] to not to go into this ebook market. Which in turn encourages piracy.”

Publishers are not the only ones who’ve been wary of the ebook market. Arab consumers generally have not been big credit-card users, and have been particularly averse to entering credit-card information on local sites. But Kotobi.com gets around this problem by also allowing mobile payments.

“That,” Maklad said, “was one of the key factors that got the publishers excited.”

Gamechanger for the Arabic Book Market

A trustworthy ebookstore could be an enormous game-changer in Arabic publishing, where distribution has put up huge barriers between books and potential readers. Each country has its own censorship and import procedures that can stall shipments of books indefinitely.

Maklad adds that this is not just a problem internationally, but also within countries. A book that is available in Cairo is not necessarily accessible in Luxor or Minya. Beyond censorship issues, there is the simple cost of shipping.

“Every time I sit with a publisher, they say they get people from Minya and Luxor and Assiut and Aswan asking them to mail a book to them. The cost of sending a book is more than the book. And the same for the Egyptians living abroad. The cost of shipping the book is three times the cost of the book.”

Currently, forty publishers have committed their books to Kotobi.Com. But these are “the top forty,” according to Maklad, and include giants such as Dar al-Shorouk and Nahdet Masr.

Emirati author Noura Noman, whose science fiction novels Ajwan and Mandan are published through Nahdet Masr, was excited by the news. “Young adults are now surgically attached to their smartphones,” Noman said. “Providing ebooks in Arabic means giving them more choices with what they read.”

Nouran El Masry, VP and e-publishing manager at Atlas Publishing, also cited young readers as a key reason her publishing house was interested in the project.

El Masry said that Kotobi.com “allowed us to reach a different category of readers.” Also, “it allows my books to be internationally known rather than being only available and known in my country.”

Maklad said that there are still a few elements missing from Arabic’s e-publishing landscape. Key among these are professional e-pub creators and an aggregator to work with smaller publishers. In the short term, Maklad has been digitizing books and training publishers to do it themselves. But, as things go on, this segment has to appear in the market.

Although Kotobi.Com has only been up since early February, the webstore has already shown strong usage. Publishers have been able to watch how sales spike after an author tweets about his book, and Maklad was tracking sales in dozens of smaller cities across Egypt. Of free public-domain novels available on the site, “eighteen thousand three hundred and something” were downloaded in the site’s first nine days.

The next step is getting more publishers from around the region to buy in.

“And that’s what I’m doing now,” Maklad said. “I want everyone on this.”