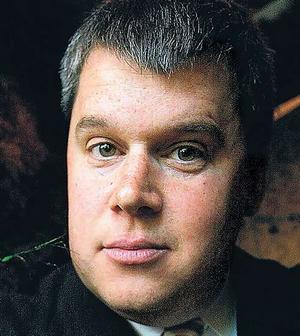 The American Library Association (ALA) Council, at a session at the ALA Midwinter Meeting and Exhibits, has approved the new Lemony Snicket Prize for Noble Librarians Faced with Adversity.

The award, which the ALA plans on presenting at its Annual Conference in Las Vegas, recognizes a librarian who “has faced adversity with integrity and dignity intact.” It will be given annually to a deserving librarian, but if a suitable candidate is not found, the award will not be presented that year.

The $3,000 prize will be given direct from Mr. Snicket’s “disreputable gains, along with an odd, symbolic object from his private stash, as well as a certificate, which may or may not be suitable for framing.”

Of course, Lemony Snicket is the pen name (and alter ego) of novelist Daniel Handler, best known for the best-selling series “A Series of Unfortunate Events,” (his latest book, File under: 13 Suspicious Incidents, published by Little, Brown Books for Young Readers will be released on April 1), in which the author appears as a fictional character, a writer falsely accused of crimes and sought by his enemies as well as by the police.

And it is because of this that Snicket himself believes that librarians, much like himself, have suffered long enough, and so has established the annual prizing honoring a librarian who has overcome adversity.

The nominee must be a librarian. The deadline for candidates to be nominated for the first year is May 1. In subsequent years, the deadline will be December 1.

Snicket was quoted as saying that it was his hope that “The Snicket Prize will remind readers everywhere of the joyous importance of librarians and the trouble that is all too frequently unleashed upon them.”

And concerning his financial sponsorship of the award, Snicket said, “This seems like a better way to channel money to librarians than my previous strategy, which was incurring exorbitant late fees.”

To find out more about the award, including how to nominate candidates, click here.