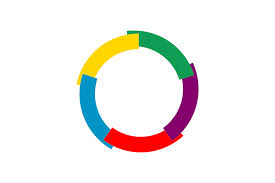 A campaign exists to retire the term Francophone. But if we replace “Francophone” with “world literature in French,” does that suffice? The international symbol for Francophone.

Francophone is one of those words that while not deliberately provocative — it means “French-speaking,” after all — but has taken on alternate implications because of history. Those in former French colonies in particular may feel that it carries too many colonialist overtones. Language, for many after all, is identity.

I once had a roommate from Ouagadougou, Burkina Faso who while claiming he “spoke better and more beautiful French than the French themselves” would in no way identify with France or French Culture. “I am the original African Man,” he would proclaim while standing over a pot of Tô, “Not one part of me is French, not even my tongue.”

As Olivia Snaije notes in today’s feature story on Dany Laferrière’s admittance to the Académie Française, in 2007 Laferrière had been one of the signatories, along with Alain Mabanckou, Lyonel Trouillot and fellow member of the Académie Française, Amin Maalouf, of a manifesto published in the newspaper Le Monde, which eventually became a book, calling for the term “Francophone” to be replaced by “world literature in French.”

So, is it indeed time to retire the term? Does the shorthand of Francophone do the writers themselves an injustice by failing to identify the true country of their origins? And if we replace “Francophone” with “world literature in French,” does that suffice?