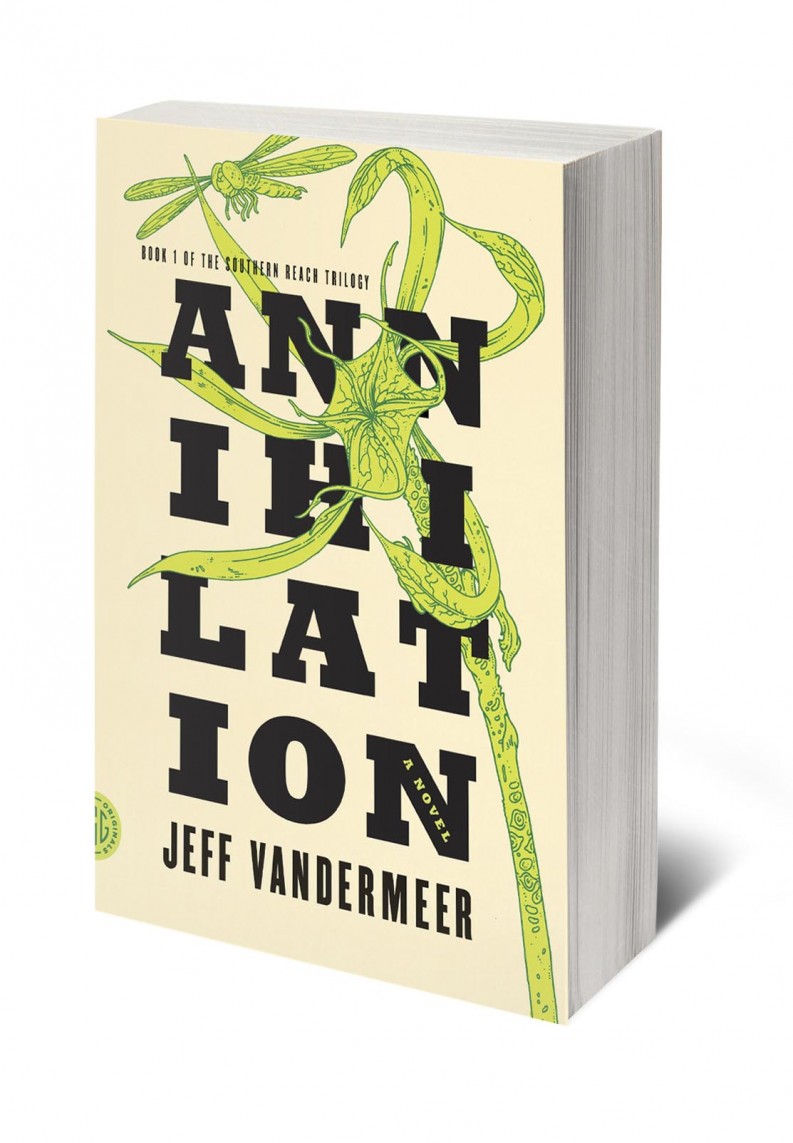 Fifty Shades of Grey started more than just the trend in erotica: it inspired publishers to release books in series in rapid succession. Writing in The New York Times, Julie Bosman makes an interesting observation: “While the television industry has begun catering to impatient audiences by releasing entire series at once, the book business is upending its traditional timetable by encouraging a kind of binge reading, releasing new works by a single author at an accelerated pace.”

She sites as example Annihilation, the first of a trilogy by Jeff VanderMeer. It was released last week. The second in the series, Authority, will come out in May. The third novel Acceptance will be out in early September.

Sean McDonald, the editor at Farrar, Straus & Giroux who acquired VanderMeer’s trilogy, told the Times that when he first read the manuscript, he quickly realized that it was a narrative that left the reader with a lot of unanswered questions.

McDonald’s answer? What is believed to be a first for FSG: publish all three books in what he terms a “rapid fire” schedule, partly in order to not antagonize readers any more than necessary.

“You can end up with angry and perplexed fans,” he told Bosman. “I think people are more aware of series storytelling, and there is this sense of impatience, or maybe a fear of frustration. We wanted to make sure people knew that there were answers to these questions.”

Bosman notes that while “series publishing has boomed in the book business in recent years…it may have been the blockbuster Fifty Shades of Grey…that showed the merits of publishing all the books quickly before readers catch their breath.” The three books in the trilogy were published in paperback during the space of less than a month, and have gone on to sell more than 90 million copies worldwide.

“I think the bottom line is that people are impatient,” Susan Wasson a bookseller at Bookworks in Albuquerque, NM told Bosman. “With the speed that life is going these days, people don’t want to wait longer for a sequel. I know I feel that way. When I like a book, I don’t want to wait a year for the sequel.” And publishers are aware of reader’s growing sense of impatience. Dutton just released a hardcover debut novel “Archetype” – the sequel is scheduled for publication in just five months.

Christine Ball, associate publisher at Dutton, told Bosman, “Consumers want to be able to binge-read or binge-watch. We wanted to give the consumers what they wanted in this case.”

Jennifer Weis, an executive editor at St. Martin’s, admitted that the publisher had yet to schedule print editions of the books. “It’s so much easier to buy books online,” she told the Times. “The temptation is right at your fingertips because you don’t have to go to the bookstore. We have to play to that.”

But is possible to take this too far? Cindy Hwang, an executive editor at Berkeley allowed that while the approach works for some, “There’s always the fear that you’re saturating the market, that the reader demand isn’t as great as what you’ve foreseen.”

Indeed, the traditional publisher schedule of a book per year not only gives publishers more time to plan, but it allows readers late to the party to catch up.

Krys Tourtois of Schuler Books and Music in Michigan told Bosman that, “I know in the past that the one-year mark seems to increase a lot of hype and buzz, and it gives time for a title to build. You think about what happened with ‘Harry Potter’ – the timing helped make a phenomenon.”

And speaking of publishing phenomenon, George Martin’s “Songs of Ice and Fire” series have been published the traditional way, with anywhere between a one to six year wait between novels. While this builds up anticipation among fans, it seems that some are worried that the conclusion may never arrive. Martin, who is 65, still has to write the sixth and seventh books of the series, which leaves some readers unwilling to start reading a series that might never conclude.

Sarah Holt of St. Louis’ Left Bank Books told the Times that she was one of the holdouts. “I’ll admit. I will not pick up that series without knowing that he is going to finish it.”