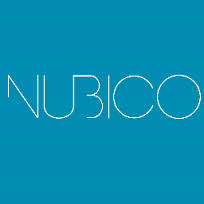 We talk to David Fernández Poyatos, CEO of Nubico, the Spanish ebook subscription service that is looking to acquire 30% of Spain’s e-reading market.

Two giants from the Spanish publishing and telecommunication industries recently joined their expertise to create a new ebook cloud platform that is sure to have an influence over how Spanish readers approach reading ebooks.

Nubico – pronounced with an accent in the second syllable, a merge of “nube” (cloud) and “contenido” (content) — provides subscription-based access to thousands of ebooks from major Spanish publishing houses in Spanish, English and Catalán.

The titles (comprising history, crime, romance and erotica, as well as self-help, business and cooking) are cloud-stored and accessible from tablets, e-readers, smartphones and PCs. Readers can build their own e-libraries but cannot download any of the titles unless they buy them from a special Nubico e-bookstore.

Nubico was launched this past September and builds on the previous publishing and technology projects of two of Spain’s crown jewels in business history: Circulo de Lectores and Telefonica. “Círculo,” as the company is commonly known among its customers, is a familiar brand in the Spanish book market, a successful mix of book club, publisher and music retailer with more than 50 years in the market, , and currently a 50-50 joint venture between Germany’s Bertelsmann and Spain’s Grupo Planeta.

Telefónica, on the other hand, brings in the tech component. The broadband and telecommunications provider founded in 1924 has built a strong foothold in Europe, Spain and Latin America over the last decades by taking over major local fixed-line, mobile and internet service providers and making large investments in local IT infrastructure.

According to David Fernández Poyatos, CEO of Nubico in Barcelona, “Telefonica was working on a project called Movistar EBooks, a project on digital reading based on the copy selling model. Meanwhile, Círculo de Lectores was already operating in the ebook market with Booquo, a subscription-based eBook platform. They saw that it was better to continue together instead of taking separate ways so they joined technologies to develop this new platform.” The Subscription Model for Ebooks

The Nubico platform works on the subscription-based business model that has proven successful for the music and film industries with Spotify and Netflix, respectively. “The single-copy sales model in e-publishing in Spain is already widespread and specialized in Spain with Amazon, Google, Apple, Casa del Libro, Fnac and El Corte Inglés,” says Fernández. The subscription model for ebooks is currently in its infancy and gives the company the opportunity to leverage the platform to ask readers how they want to enjoy e-reading.

The debate over subscription models for ebooks has raged for years, but it is finally gaining traction in the US, through companies like Oyster and Scribd, and elsewhere, such as Russian-based Bookmate.ru. In Spain, where books remain pricey and the economy is still shaky, a subscription model offers publishers the opportunity to attract new readers. Of course, this is not the first attempt in Spain in putting together subscription models and ebooks, as Nubico has been preceded by 24symbols for some time.

How to Attract Readers to Subscriptions

From the start, the challenge for Nubico has been how to lure readers into their online catalogue. In Nubico’s favor is the recently released 2013 Book Reading and Buying Habits Report in Spain showed that the numbers of readers in desktop, mobile phones and e-readers increased in 2012 in relation to 2010.

The most significant increase was registered in the group of e-readers, which rose from 1.7% to 9.7%, with readers going more for tablets rather than for reading-only devices. Accordingly, Nubico opted to partner with Spanish tablet manufacturer BQ to offer Nubico users with BQ tablets and e-readers for a reduced price. With debates over e-book pricing still raging in the book industry, Nubico team set to find the value-for-money price for subscription-based e-reading. “We knew it had to follow two principles,” says Nubico’s CEO Fernández. “First, it couldn’t be too low so that readers would regard it as a low-value alternative; our references were broadband internet services and subscription-based offers such as Spotify, which charges €9.99 per month.”

Nubico is looking to take a 30% share of the Spanish ebook reading market by 2015.

“Second, it had to be sustainable and allow us to pay our suppliers. Our range here was between €6.99 and €9.99”. Within these limits Nubico set a monthly rate of €8.99, an 11% cheaper than the €9.99 alternatives in the subscription market. Meanwhile, Circulo and Telefonica´s customers receive a 20% discount.

Nubico’s payment scheme to publishers works with a two-variable equation: income from monthly subscription and number of titles read. Titles must be read up to a 20% in order to be tallied in the equation. At the same time, internal control systems check for speed of reading and makes sure that titles that are flipped over aimlessly are not registered as read titles. Once these variables are brought together Nubico calculates and pays publishers daily a 30% from membership fees.

Publishers can also opt for the sobreprecio (overprice) service for some of their titles during a specified period in order to track reading trends and sales complementarity in print and ebook formats. If a publisher launches a title in print and eBook simultaneously he can request Nubico to charge readers an additional fee for reading it. In this way he can collate valuable information on reading behaviors and sales complementarity, receiving an additional 40% from this price category in income.

At the moment, Fernández says Nubico is looking to take a 30% share of the Spanish ebook reading market by 2015.

Asked about plans for expanding the service to Latin America, Fernández says that the business would need to a complete overhaul: “When we move our business proposal to Latin America everything changes. At the moment Apple is the only platform service operating in the region, with around 80-85% of the ebook market. [But] we expect to start working in a Latin American country sometime this year — we don’t know which one yet — backed by the regional presence of Random House and Telefonica.”