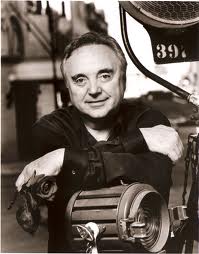 In the mid-seventies, I was having a drink in a pub in London with a British diplomat who was on leave from his post in the British Embassy in Beijing. It was around the height of the antagonism between China and the Soviet Union, and a relationship between China and the U. S. did not yet exist. In the midst of the Cold War era, we lived in a perpetual state of tension and uncertainty with the threat of a nuclear disaster always alive in our minds. Confrontational possibilities with the Soviets and Chinese, both real and imagined were projected by the media, and the fiction of John Le Carré and Frederick Forsyth dominated bookshelves and movie theaters. Warren Adler is best known for his novel The War of the Roses.

Since China in those days was a closed society, I was eager to hear about my companion’s experiences in this part of the world and, after a pint or two, he was happy to oblige. Most of his stories were sensational. He had played frequent tennis matches with George Bush, the elder, when he was Chief of the U.S. Liaison Office in China. He told me about how his oldest child was fluent in Chinese courtesy of a Chinese nanny, about the poverty he saw, about the flavors he experienced, and how the diplomatic community was deliberately isolated by the Government. He described how he had periodically hand carried the Diplomatic pouch from Beijing to Ulan Bator, the capital of Mongolia, twice a month by rail, and how Trans-Siberian Express entered China via Ulan Bator.

He had made the journey on the Trans-Siberian Express from Moscow himself and as he described the experience, I became mesmerized. One must relate this meeting to the context of the times, and my world as a child growing up in the earlier part of the twentieth century. The train was the principal mode of travel in those days. Train journeys were exotic and far-reaching. Celebrity culture was created around trains and boats. Photographs of celebrities disembarking trains was a common image in our minds. Railroad stations were palaces. Grand Central Station in New York City itself was a work of art.

I learned that the Trans-Siberian Express was the longest railroad trip in the world, a 7,000 mile journey through numerous time zones, that its original route was from Moscow to Vladivostok, a naval base off-limits to foreigners. The diplomat talked about everything, Russian train engineering, the food on the train and the ethnic diversity along the Siberian tundra. That encounter in the pub was a novelist’s dream come true, it had everything; Cold War intrigue, espionage, state surveillance, the isolated worlds of the Soviet Union and China. My imagination began to conjure up a story that would take place around the centerpiece of a journey on the Trans-Siberian Express. I was enraptured by the idea and presented it to my publisher at Putnam, the late Clyde Taylor. He too had grown up around the romanticism of train travel. The title “Trans-Siberian Express,” alone was enough to sell him. “Write it,” he said. The book came out in 1977 and was hailed with positive reviews and sold well. A book like Trans-Siberian Express, where the reader is immersed in a culture as unique and exotic as Russia, our distributors at Vook Inc. thought would make a great enhanced reading experience. They recommended the Apple’s iBook Author program to develop an illustrative and interactive storytelling experience, and we agreed that contextualizing the culture for a Western audience would improve their reading experience. In a serendipitous occurrence, we had recently taken on an intern who was born in Russia and is still connected to her heritage. She was able to assist with checking for accuracy, and in fact creating enhancements.

The first step for the team at Stonehouse Press was to re-read the entire novel and create a list of potential enhancements, essentially relevant ‘factoids’ to assist the reader in acclimating to Russian culture. Fortunately, this novel is a work of historical fiction, which gave us a lot of material to work with. The plot involving espionage, love and nuclear intrigue was set in the former USSR. Terms such as détente, politburo, Taganka, Gulag, naturally lent themselves to a glossary reference. The trouble with them, however, lay in finding the balance between didacticism, creating a cultural landscape and most importantly, not distracting the reader from the plot.

Once the glossary was finalized, we had to select images to accompany them. This required searching through hundreds of images both in the public and private domain of the Trans-Siberian Express, the Siberian landscape, the major players referred to such as General Chiang Kai Shek, Tsar Nicholas II (who had personally inaugurated the construction of the Trans-Siberian Express), exotic locations such as Lake Baikal, and the various cultural curiosities and personalities of this great culture that travellers would encounter on the 7000 mile journey. Finding the right image that would evoke exactly, the ambience in the story was probably the most time consuming editorial process.

Then came the greatest challenge; programming the enhancements to flow well with the ebook. The iBook program came with limitations; image files wouldn’t load, and sometimes appeared corrupted or obliterated the text. We had another decision round where we had to sacrifice certain desired enhancements, for instance we wanted glossary terms to appear as an image and text by tapping on the word. Certain enhancements were relevant in more than one chapter in the novel and conflict arose as to which page or point in the plot they best enhanced the text. The enhancements ultimately had to be layout evenly throughout the book. Many aspects of Russian society had changed since I wrote the book, and we had to keep true to the period in which the story unfolded while ensuring the modern reader could understand the world I had created.

Our team was dedicated to accuracy and, slowly but surely, with constant revision, the enhanced edition of Trans-Siberian Siberian was brought to your iPad.