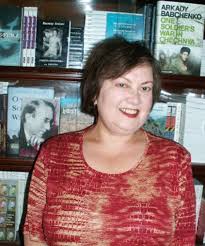 As the opening of the Sochi Winter Olympics Games approaches, PEN America has been exploring “through poetry, fiction, and nonfiction the implications of growing restrictions on freedom of expression in Russia since President Putin returned to office in 2012.”

The pieces were written for a special issue of The Dissident Blog, published by Swedish PEN.

In one particularly interesting piece, Natasha Perova, editor of Glas New Russian Writing explained how “the fear of commercialism and genre literature are often misleading if one wants to understand what is happening in the Russian literature of today.”

“Russians have traditionally had great reverence for their writers. And it’s not entirely a thing of the past – after all, people in their middle age, who were raised on the ‘great Russian literature,’ like myself, are still alive, and many young people feel much the same way, but the situation regarding literature and serious arts is tending in a Western direction, where writers know their modest place in society. Our writers nowadays also try to entertain rather than to teach. Like elsewhere, the majority of people today prefer flash shows, exciting games, and light fiction. Serious ideas have to be attractively packaged. And, of course, there is the addictive Internet with its huge variety of diversions, including reading. (It would seem that the length of online texts is irrelevant but people’s attention span keeps shrinking and even online magazines accept stories of only a few pages, preferably optimistic and cheerful: no doom and gloom please.) Publishers try to persuade authors that they should adapt their writing to people’s tastes because this is where their income comes from. Naturally this approach undermines the author’s self-respect and any feeling of self-importance. “For the past few years Glas has been publishing mainly books by authors under 30, winners of the Debut Prize, so I have had a chance to learn much about this generation. They don’t aspire to be ‘engineers of people’s souls,’ to quote Stalin, nor do they feel responsible for the country’s fate, like the 19th century intelligentsia. Young authors are sober-minded and rather pragmatic, even the romantics among them. Their formative years coincided with the period of economic dislocation and political chaos in the 1990s, which they perceived as the norm. Where I would be shocked and frustrated, they remain cool and detached, not expecting the world to be perfect. The world in turn has little need for their stories unless they are adapted for the screen or TV serials.”

“During the 1990s, we witnessed the collapse of the morally engaged tradition of Russian literature. Fantasy, SF, the grotesque and nihilism became dominant. And yet we still have excellent serious authors who do their own thing, without heeding trends – they are trendsetters themselves. Fantasy, grotesque, detective novels, etc., are only literary forms, which they fill with great ideas and images. Suffice to recall that Bulgakov’s The Master and Margarita is a fantasy, and Dostoyevsky’s Crime and Punishment is a detective novel.” Readers abroad often say that Russia doesn’t seem to have produced any ‘great novels’ addressing the big issues of the last two decades, which were so rich in consequential events. Readers should be reminded that literature is not journalism, which is supposed to run hot on the heels of events. This is why, during the most violent period of social upheaval, writers were still trying to come to grips with their Soviet past. Contemporary novels are seldom translated (for various reasons) but they exist. Quite a few major novels have been published which deal with the perestroika, the onset of wild capitalism with its gang wars, and ordinary people’s failed attempts to start their own businesses and generally survive. Suffice to mention Olga Slavnikova’s definitive novel 2017, a summary of the last two decades of Russia’s life (published in Swedish by Ersatz), and her latest novel Light Head, which is about even more recent times (the resurrection of the secret service, terrorism, legions of petty business managers, and human relationships damaged by the cruel state machine, which is just as indifferent to the little man as always has been the case in Russia.) Or we can recall Alexander Terekhov’s major novel The Stone Bridge, with two epochs juxtaposed as the protagonist investigates a crime committed in 1943 while chasing the survivors in present time and coming into contact with various aspects of the new order. Dmitry Bykov writes about Russia’s near future: in Living Souls, new sources of energy have been discovered in the West, and no one needs Russian oil anymore, putting Russia on the brink of disaster and unleashing a civil war. In her novel of social protest, The Little Man, Liza Alexandrova-Zorina provides a frightening of Russia, depicting a provincial town controlled by the mafia with the approval of corrupt authorities and a submissive population.”

“In our times of market economy, pulp fiction has won over literary fiction in Russia, quite simply pushing it to the margins. If Tolstoy and Dostoyevsky tried offering their novels to commercial publishers today, they would have a hard time getting them published – they’d probably be rejected on grounds that their novels are too long and dense, too verbose, slow-moving, and serious. Many writers of literary fiction are heading for the middle market, turning out novels by numbers. In the early 1990s, they were still embarrassed to write under their own names and used pseudonyms. But now it’s even become fashionable among the intellectual elite to acknowledge pop culture and work with in popular genres.”

To read the rest of the piece, including insights on Victor Pelevin, Boris Akunin, the influence of the West on Russian authors, state support of culture and more, click here.