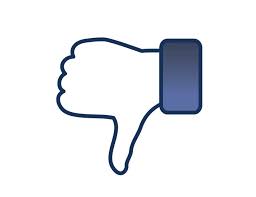 The Guardian reports that in the March issue of Administrative Science Quarterly, academics Amanda Sharkey and Balazs Kovacs have determined that “winning a prestigious prize in the literary world seems to go hand-in-hand with a particularly sharp reduction in ratings of perceived quality.”

The researchers compared 38,817 reader reviews on GoodReads.com of 32 pairs of books. One book in each of the pairings had won an award, such as the Man Booker prize or the National Booker Award. The other had been shortlisted for the same prize but had not gone on to win.

Market Business News reported that researchers set up the study “by creating a ‘forecast’ ratings for each book based on how pre-award readers had rated books in the same genre. They then looked at how the book’s forecast ratings changed after the announcement of the award by comparing the original predicted ratings with post-announcement predicted ratings.

They found that prior to the announcement of a book winning an award, the predicted ratings of that book just before the award were equivalent to the ratings of a book that was about to lose. However, after the award announcement, the award-winning book started having a higher percentage of negative ratings compared to the book that did not win.

Take the case of Julian Barnes for example, who won the Booker in 2011 for The Sense of an Ending. The book’s sales soared following the announcement, but at the same time, “something surprising happened as well: reader’s ratings of the book entered a period of protracted decline even though the status of the book had increased,” wrote Sharkey and Kovacs. “What happened to Barnes’s book flies in the face of much research on the effects of social status.”

In January of 2012, for example, just a couple of months after winning the Booker, one GoodReads writer said that Barnes’ novel, which she gave two stars, is ‘a coming-of-age book in which no one comes of age, regardless of how old time makes them,” adding, “Rare for a book to make me angry. But I am. I got angry halfway through this book and I stayed angry.” And a couple of months later, another reader wrote: “I have to say this book is well-written, but it in no way lives up to all the hype. Please be warned that this is a man book parading as a thoughtful/novella.”

Alison Flood of The Guardian writes that Sharkey and Kovacs believe this phenomenon occurs “because a book’s audience – and thus the personal tastes of its readers – increases considerably after a prize win, so ‘a larger sampling of readers is drawn to a prize-winning book, not because of any intrinsic personal interest in the book, but because it has an award attached to it.”

The two wrote that, “A prize-winning book only needs to have some minimal level of fit to reach the threshold at which a person will deem a book as worthy of reading, whereas a book that has not won a prize must distinguish itself as worthy in other ways, such as having underlying attributes that signal attractiveness to the reader.”