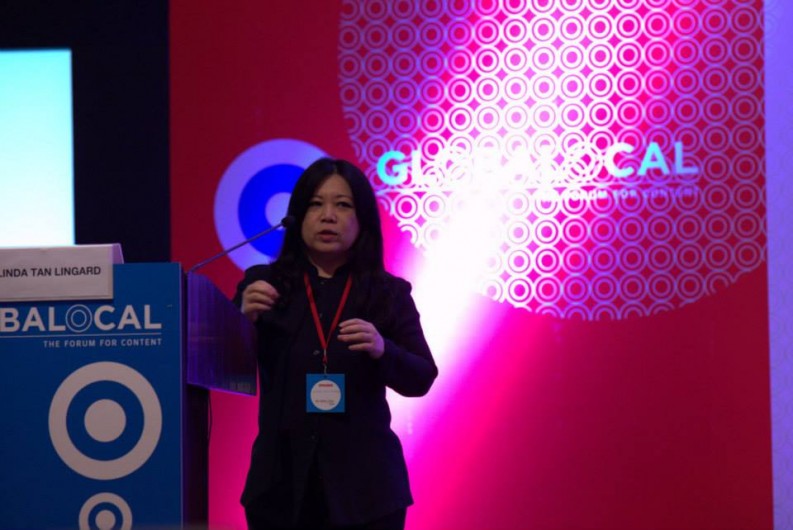 Networking and literary matchmaking at GLOBALOCAL 2014

GLOBALOCAL 2014, the annual “forum for content” organized by the German Book Office, New Delhi and the Frankfurt Book Fair, was held earlier this month.

Cast in a different format this year, GLOBALOCAL 2014, was a networking opportunity for some, a learning ground for others, and a new experience for almost everyone.

The event crafted a balance between discussions, seminars and business networking for the content industries. The annual event, organised by the German Book Office, New Delhi, and the Frankfurt Book Fair, was in its fifth edition this year, held on 13 and 14 February in New Delhi. [See our preview of GLOBALOCAL 2014.]

GLOBALOCAL, a “forum for content,” brought together CEOs, professionals and experts from different parts of the content spectrum. The forum included a mix of roundtables, training sessions on rights and licenses, business matchmakings, keynote presentations, and networking breaks.

It was attended by over 150 delegates and featured more than a dozen experts from around the world. Hewlett-Packard and Copyright Clearance Center were partners for GLOBALOCAL 2014.

New Models and the Role of Books and Publishing

In his opening keynote address, Suhel Seth, marketing expert and managing partner at Counselage India, iterated that books capture the evolution of society, and more books published would lead to a more tolerant world. He was speaking just a couple of days after Penguin Books India had agreed, in an out-of-court settlement, to withdraw American scholar Wendy Doniger’s book, The Hindus: An Alternative History. Seth said that this decision was contemptible and irresponsible.

The role of publishers and books was brought into discussion again, at the CEO roundtable, where speakers were to explore the topic, “An Industry in Search of Its Identity.” Seven experts from publishing and allied fields talked of the shifts in content delivery and consumption patterns.

They spoke of print and digital modes of publishing; content delivery through mobile phones; role of social media and open-source; open-access publishing; and, print-on-demand and short-run printing for optimum inventory management. Many Voices, Many Views

Neeraj Jain, MD, Scholastic India, spoke of the 3Cs model—Content, Consumer and Connect—the three sides of the emerging publishing environment, and talked of the need to look at print and digital as being on the same side of the proverbial playing field. James Appell, head of global development, Bookmate, Russia, said that the identity of the publishing industry changing, and the future is already in our hands — on the mobile phone. “We are not even close to harnessing the potential of what that entails.”

A long-time observer of the Indian publishing industry, Emma House, from The Publishers Association, UK, spoke about the open access (OA) publishing model in the UK, and explained the elements of the model.

Brijesh Kumar, CEO, Digital Media Initiatives, based in Bangalore, spoke about technology as a “disruptive” driver, changing how content is acquired, edited and reviewed. He emphasized that traditional publishers needed to change their strategy.

Her younger colleagues have introduced to her some current developments in publishing industry, said Urvashi Butalia, publisher of Zubaan Books, New Delhi. This has led her towards the idea of open content and collaborative content, through DRM-free ebooks, and through Creative Commons licensing, she said.

Moderated by your correspondent, the CEO roundtable revealed that top management of companies are more focused on finding new ways to reach customers with the help of technology, than being faced with any identity crisis. Do Publishers Have a Role Anymore?

The question—do publishers have a role anymore—was discussed by panelist Urvashi Butalia, publisher of Zubaan Books, and taken up by Richard Charkin, director of Bloomsbury Publishing, who was in the audience. Charkin said, publishers needed to focus on finding authors and bringing the best books to readers.

When I asked Linda Tan Lingard, director of Yusof Gajah Lingard Literary Agency, based in Kuala Lumpur, which session was interesting to her, she said, “The CEO Roundtable was interesting as it got us all thinking of not only what’s next for the publishing industry but the roles that publishers are supposed to play. What is the publisher’s business? One said it is to support writers; another said it is to connect authors with readers; one frankly said, wish we knew! I don’t think we went away with clear-cut answers but often the questions are more important. Perhaps the next time, before publishers rush off to do something because everyone is doing it, we could well pause and ask ourselves some hard questions that relate to the core of what we do.

The growing Indian publishing industry is being pushed into adopting the more developed industry practices, especially in the areas of rights and licensing. This is perhaps why GLOBALOCAL 2014 gave ample space for these topics in the event’s program.

Michael Healy, from CCC, New York, delivered a keynote address, “New Revenues for Rights and Licensing—Exploring the Opportunities,” in which he highlighted new revenue sources in rights and licensing. There is a need to repurpose content legally and legitimately, he said, and rights brokers such as the CCC facilitate such a connection between ownership and use of content.

Another keynote speech, by Kevin Fitzgerald, chief executive of the Copyright Licensing Agency, UK, focused on “The Future of Global Licensing.” Using the analogy of a restaurant, he elaborated on the four licensing models of tomorrow — free, micropayments, subscription and transactional. He pointed out that innovation was possible by becoming a part of the new types of licensing being adopted in other parts of the world, and by collaborating at the point of access to the market.

I later asked Tom Chalmers, MD, IPR License, a London-based content-licensing platform, if he found enough awareness of licensing among those he met in Delhi. He said, “The publishers I met seemed to understand the value of a global licensing platform immediately and we received huge interest. The market is switched on to finding new revenue streams and, maybe as it has always been quite outward looking for acquisitions, the possibilities of creating them on an international basis.”

Arpita Das of the New Delhi-based Yoda Press, and Lynette Owen of Lynette Owen Consultancy, UK, conducted a two-day seminar, “Buying and Selling Rights,” in which they pointed out that over 20 different rights could be listed in a single contract with an author. Model contracts were handed out, and specific pointers given to Indian publishers. Buying and selling of rights was discussed, and rights negotiations as well as the “difficulty of buying rights across differently priced markets,” were elaborated upon.

“The seminar was an eye opener, especially when it came to digital rights licensing,” said Sahadi Sharma, manager of international marketing and rights at the Delhi-based Campfire Graphic Novels.

Vinutha Mallya is the founder of Linespace, an independent publishing consultancy. An editor and journalist, she is a contributing editor to Publishing Perspectives and publisher of Booksy,in. Follow her on Twitter @VinuthaMallya