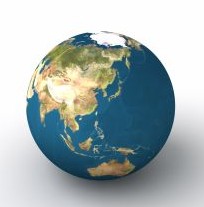 In our feature story, “Montreal Foreign Rights Agency Juggles Languages and Cultures,” Claude Choquette and Jean-Sébastien Dufresne of the Canadian Montréal Contacts-The Rights Agency  discuss the challenges and opportunities of working in dual languages and cultures.

In the interview they note that when faced with offering world rights for a title, they often opt to pursue region specific contracts instead, say for France and Canada, or Australia and the UK. “When a book is published in two separate markets people are more inclined to work harder and we get full royalties on both sides of the market,” they said, adding, “If we have a big book we will sell separately to New York, London and Australia. We feel a New York publisher does better in New York than a British publisher. It’s the same principle for the French market.”

World rights, of course, has strong advantages as well, including allowing publishers to coordinate market, design, release and other factors across the globe. For a strong potential global bestseller, these are often paramount considerations.

Rarely do agents favor this position. As Ginger Clarke, literary agent at Curtis Brown Ltd. wrote in our pages in “Why “World Rights, One Cover” Is Not the Best Idea”:

“The idea of selling all territorial rights to a publisher is a good one in some cases. Sometimes, an offer is made that is so high that it makes sense to sell British and translation rights. Sometimes, a publisher has a strong presence in all the major English language markets, and it makes sense to sell World English. Sometimes, you have no other interest in a book except from one publisher; the publisher refuses to offer for anything but World; and your client really wants to have his book published. So you grant the publisher World Rights, much to your chagrin, and smile through clenched teeth.”

Agree? Disagree? Where do you fall on the spectrum? Let us know what you think in the comments.