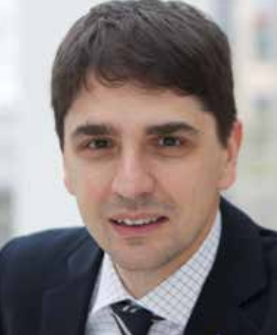 Oprah is great for women, but she’s certainly not talking to men. So where’s the equivalent for men?

One of the more gratifying communities that I’ve been a part of for the last seven years is my book club here in Houston, Texas, where I live. What makes it different from most clubs is the fact that it is comprised entirely of men. The age ranges from recent college graduates to retirees. It’s a group of smart, successful people — plenty of bankers, a few real estate brokers, oil and gas executives, as well as several doctors, a tradition that goes back to the club’s origins several decades ago when it was founded by a group of medical residents who decided to meet to discuss what they were reading one night a month when they were all on call.

I’m the only person in the book business — and my other writer or professorial friends I’ve invited to join have politely refused (I assume they prefer to read exclusively on their own?).

What’s been most interesting to me, as someone who works in the book business, is the choice of the books that we read.

My book club, which we call simply “The Men’s Book Club,” is entirely dedicated to fiction. It has ranged from our current selection, World’s End by T.C. Boyle — which was largely seen as having far too many characters and plotlines to be coherent – to Blindness by Jose Saramago, the favorite author of the group. George Saunders is another favorite, as is Per Petersen; we went through a regrettable Chuck Palahniuk phase; and Claire Messud’s The Emperor’s Children was reviled, largely because of what the group perceived to be its loathsome, self-indulgent characters.

We read Kathryn Stockett’s The Help, because someone’s wife was reading it and he found it on their bedside table; we read James Dickey’s Deliverance because we have a Burt Reynolds fan in the club; and one of the club’s son’s — a high school freshman — joined us for a discussion of Justin Cronin’s The Passage.

I’ve also found that most of the club members do a bit of internet research before they get to the meeting and come well informed about the author’s history and the cultural and historical context in which the book was published. What they don’t care about is what the critics though, though they have often read some reviews as well. And they could care less about my so-called “professional” opinion of a book. In fact, several titles I’ve loved and reviewed positively — such as Tom Rachman’s The Imperfectionists — bombed with the club.

What this all tells me is that men, often dismissed by the book business as a secondary market — one that can be satisfied with an array of fat  biographies, political diatribes, Bill O’Reilly/Vince Flynn novels, and war books — might be better marketed to by publishers.

Book clubs, naturally, are a great way to do this. It’s the whole idea behind the startup Librify. The company is a new ebook subscription service aimed directly at book clubs. Founder Joanna Stone Herman, speaking at Digital Book World, said that it is estimated that many as 25 million people are involved in book clubs. These are people, she said “might be described as a drinking group with a reading problem” (and a virtual wine service is a feature of Librify’s site).

But I drinking and socializing isn’t the point of our book club. Sure, beer, wine and whiskey (even the infrequent bottle of Pappy van Winkle) is served, as well as snacks, but we all have to drive home afterward. We go every second Tuesday of the month to see friends, certainly. But we go primarily for the serious book chat.

Why? Because this is a group of men who believe books have something to teach them, can expand their interests and understanding of the world, and take them out of their own narrow lives, and let them share that experience with others.

Isn’t it time publishers take men as seriously as readers as the men take themselves?