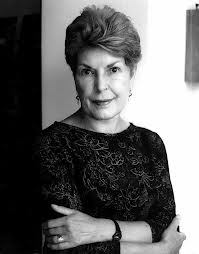 It was the surprise success story of 2013. John Williams’ Stoner, first published in 1965 and recently republished by NYRB, tells the story of Stoner, a quiet scholar who falls in love with literature when, after reading a sonnet by William Shakespeare, realizes that literature could be the key to helping him understand the world. The book became a huge success in Europe almost entirely by word of mouth, was named as Waterstones Book of the Year for 2013, and, when making his list of his own favorite books of 2013, Publishing Perspectives’ Editor in Chief, Edward Nawotka cited Stoner as “the best novel I read all year…”

And now, The Telegraph reports, in a talk on BBC Radio 4’s arts program Front Row, crime writer Baroness Ruth Rendell, while lamenting the fact that reading has become a “specialist activity,” which only a small minority enjoys on a regular basis, suggested that “the reason the book had become such a success was that reading has become alien to many people, like Stoner before his epiphany.” [Editor’s note: The comment is a subtle backhanded compliment to the novel.  I feel the strength of the book resides as much in its portrayal of the human condition: a man stoically facing a life filled with unhappy compromises, yet finding a kind of comfort and contentment nonetheless.]

“Perhaps it is more apposite, it is more needful today than it was then because now we can see this happening,” she said.

“We are told that it isn’t happening but it is – that reading is no longer something that everybody does as a matter of course.

“Reading is becoming a kind of specialist activity and that strikes terror into the heart of people who love reading.”

Philip Heshner, the Man Booker nominated author of The Northern Clemency agreed, telling The Telegraph that:

“”I can see that that’s the direction that is going in.

“Obviously, millions of people read books every year but for the first time it is being treated as if it were a minority activity.

“The BBC devotes hours upon hours to things like Crown Green Bowling but it has no books programme (on television).

“You can see that people don’t see the necessity to read, they are not ashamed that they don’t read.

“I said in an interview once that you can genuinely tell when you meat a person if they never read a novel: that there is something missing there.

“People were outraged that I even suggested such a thing.

“I think that she is right, that it is going in that direction and people who do read a lot perhaps are starting to think of themselves as undertaking a particular activity that is worth celebrating the way Stoner was rather than the way it was even 20 years ago, as something that everybody did in a routine way.”

Julian Barnes, who is also a great admirer of Stoner, told Front Row that part of the reason for the book’s success was that many people shared in Stoner’s experience.

“The key moment in the book is in the first chapter when Stoner, who has come from a rural background and is studying agriculture, has to take an English class and he is given Shakespeare’s 73rd sonnet to read.

“And he is asked what it means and he can’t answer: he can only say ‘it mean – it means’ and yet something has happened within him.

“That is Stoner’s epiphany and that is an epiphany that many, many readers have.”