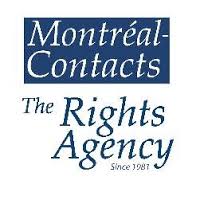 Eighty-six year old Claude Choquette, a former bookseller and publisher founded the Canadian Montréal Contacts-The Rights Agency in 1981. The first French language agency to operate in French outside of France, it represents American and English language publishers in translation. Now an international agency with a presence in Barcelona, Berlin, and Frankfurt, Choquette and his grandson Jean-Sébastien Dufresne also represent US and Canadian publishers for the licensing of translation rights. Dufresne, who took over the direction of the agency in 2010, has been developing an online promotional platform for foreign rights, eMediaRights.net.

PP: Can you describe how the agency has evolved since you founded it?

Claude Choquette: When I began I found there were lots of North American books that were not reaching Quebec, which meant the Paris publishers were not acquiring these books. I knocked on a few doors in New York and we made some very good sales quite easily. For example if you have a book on gardening in the Northeastern US, it applies to Quebec as well. With cookbooks, until 15 years ago we were still on US measurements. So of course I got in contact with US publishers and then we went after representation in both markets. There is another advantage in presenting books simultaneously. Sometimes we will grant world rights to Paris publishers or North American publishers and sometimes we’ll go for separate contracts. Two contracts, one in Paris and one in Montreal yield better results than just one license.

PP: Since you work at the intersection of French and English languages, how do the two worlds differ?

CC: You could compare this to how the UK market differs from US market, or the French market versus the Belgian, Swiss or Quebec markets.

In business, we are more North American than European. We are a North American people who speak French. The advantage of two separate licenses is that when a book is published in two separate markets people are more inclined to work harder and we get full royalties on both sides of the market. If we have a big book we will sell separately to New York, London and Australia. We feel a New York publisher does better in New York than a British publisher. It’s the same principle for the French market.

For rights it’s easier to deal with a medium size publisher in France than Hachette for example. They will say they want world rights. As do New York-based publishers. We separate rights. (Canadian, US, or UK) We propose these rights when we feel the book is big enough. French publishers even ask us to find partners to share translation rights with. This is really good for us. We are well positioned in Montreal for this.

PP: Do you present Quebec to English language publishers in North America as a jumping off point for Europe?

Jean-Sébastien Dufresne: We use that argument for both sides. For French-Canadian books, for example, if we can place them in Anglophone Canada then they can go over to the US and the UK.

Our agency was mostly known for representing US publishers, but we’ve started to broaden our representation and now represent French Canadian publishers, which in turn broadens our catalogue.

PP: How isolated is the French Canadian market from the Anglophone world and is there a fruitful interaction between it and France?

CC: You have many more titles coming from France that are sold in Quebec than the contrary. For translation or sub rights, we definitely promote French Canadian titles in France. French Canadian publishers have improved greatly and have grown world class. They once struggled but now they produce original books that can travel.

Within the agency one person is entirely devoted to the French market. At each fair we travel to Paris, we spend a week there and meet with publishers. It’s all a matter of relationships and we need to develop them. At the end of the day we can’t offer guarantees of sales but we can assure that we will do our best to get the attention of the publishers. French publishers are more and more open to Quebec titles; in the past it was a struggle. French publishers also save a lot on translation.

PP: How is your agency dealing with a difficult market?

J-LD: Because the publishing industry is not expanding, as an agency we need to find ways to innovate and be creative.

One solution was to broaden our catalogue. At first we did a lot of self-help and spirituality, now we have included children’s books, cookbooks, and literature. We go to London and Bologna and have a stronger presence, which is the opposite of what many people are doing. At book fairs we actually have a stand and are not at the agent’s center. We want a physical presence on the ground so that we can exhibit our publishers’ books—publishers find this appealing. It’s more expensive but it’s a matter of positioning and exposure. When you have best-selling titles it’s easy to promote them but when you have lesser-known authors you need to have ways to attract publishers. This is when we come up with promotional options to attract people. It’s a matter of marketing.

We are also expanding internationally, rather than downsizing we are investing.

PP: How does your emedia rights work?

J-LD: It is a database aggregator that is a tool to negotiate with and to facilitate submissions. My grandfather had the clever idea of building a database when he began the agency so ours contains 1,600 publishers and the transactions we made with them over the past 30 years. We’re like an intelligence agency, we have all this data but the question is what to do with all this knowledge. Many publishers have data but they don’t necessarily use it. Systems are often devised using CGI or computer software companies. In our case we did it in-house, I went myself to follow courses in programming and it took time but we have adapted the system according to our needs. We still need to work on it a little. We are seeking venture capital to market and sell it around the world. We already have a patent on the system but we want to partner with publishing houses to adapt the system to their needs.

CC: Last year we had The Book of Awakening by Marc Nepo. We asked our non-English language agents to submit the book to at least five publishers each. Within 24 hours there were close to 1,000 submissions around the world. The next morning we knew exactly which publisher had received the information and had opened the PDF. This resulted in 14 sales over the next few weeks. We wrote 22 licenses after the 24-hour effort. Nepo’s book was already well known so we could work pretty swiftly.

PP: Do you have any advice that you would like to bestow upon younger agents that you train or work with?

CC: Be patient and listen – you’ll grow old soon enough and gain experience naturally along the way. Have confidence in people.

PP: Are there any specific items that your agency looks for in contracts/publisher?

CC: In general, we look for and expect respect and honesty from the publishers to whom we entrust the works of our clients.