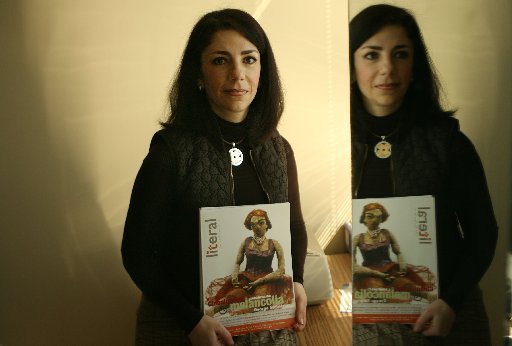 Literal magazine, a quarterly publication in English and Spanish on literature and the arts, now has some new stable mates: bilingual and Spanish-language books by Latin American writers for readers on both sides of the Rio Grande. Houston-based Literal Publishing’s newest title, Delta de las arenas: Cuentos árabes, cuentos judíos, an anthology of short stories by Latin American writers of either Arab or Jewish descent, enjoyed a warm reception at the Guadalajara International Book Fair last year. With her quarterly, bilingual magazine on literature, art and culture, Literal: Latin American Voices about to mark its tenth anniversary, its Mexico-born publisher, Rose Mary Salum, has branched out into books with a burgeoning catalog whose criterion follows that of the magazine: to publish Latin American writers for both their home and the US markets.

The anthology features writers such as Mexico’s Margo Glantz, Barbara Jacobs and Naief Yehya, David Unger of Guatemala, Chile’s Lina Meruane, Sandra Lorenzano and Gisela Heffes of Argentina and Lebanon-born Brazilian writer Salim Miguel. And, as the granddaughter of Lebanese immigrants to Mexico, Salum is also contributed a short story. Rose Mary Salum with a copy of Literal magazine.

“I conceived the project because Latin American writers have not been studied from that angle, and perhaps from my need to reconcile what, from my point of view as a child, had always appeared to be a dividing wall. The response from the writers I contacted was immediate and positive,” Salum writes in the book’s introduction.

Her bicultural upbringing, as a descendant of Lebanese resident in Mexico, “not only determined my thinking but also fed my voracious curiosity to find out more about the country of my ancestors, the neighboring nations and the conflicts they have faced,” she adds. The book has been very well received and will soon be translated into French and German, said Salum, who has published two collection of short stories and in 2008 won Author of the Year Award at the Hispanic Book Festival. She also teaches creative writing at Rice University in Houston.

Literal magazine is distributed in Mexico and the US and was conceived “to create a connection, a bridge between Latin America and the US, to find the common ground between the two countries and to conciliate the two cultures. The idea of the magazine was to break down barriers and destroy stereotypes and prejudices,” she explained.

The magazine has been the recipient of two Council of Editors and Learned Journals awards and four Lone Star awards from the Houston Press Club. Literal launched its book production this year after convoking manuscripts for four prizes, for essay, poetry, novella and short stories, publishing the winning manuscripts, all written by Mexicans, with the aid of a stipend from Mexico’s national council for culture and the arts (Conaculta).

Literal then launched two imprints, Lateral, which publishes poetry and fiction in bilingual editions, and the Spanish-language Dislocados collection, which features Poética de los dislocamientos, a collection of essays by expatriate Latin American writers in which they reflect on their condition as exiles, and Peruvian Isaac Goldemberg’s Diálogos conmigo y mis otros, a poetry collection.

Winner of the Literal Short Story Award was Liliana V. Blum with Don’t Pass Me By, published in a bilingual edition as part of the publisher’s Lateral imprint, while the Literal Poetry Award went to Mexico’s Luis Paniagua, for Maverick 71, also published bilingually. María Jazmina Barrera Velázquez won the essay award for Cuerpo extraño, while the novella prize went to Criseida Santos Guevara’s The Little Queen of Pop is Not Dead.