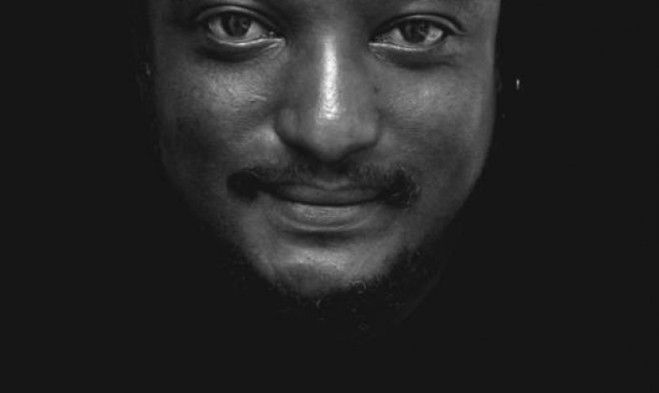 Binyavanga Wainaina; “I am a homosexual, Mum.”

Al-Jazeera reports that Kenya’s Binyavanga Wainaina, one of Africa’s best-known writers, perhaps best known for his essay “How to Write About Africa,” winner of the Caine Prize for African Writing in 2002, and founder of the Nairobi based literary network Kwani, has, over the past weekend, published a short story online that makes clear his who is he as a man: “I am Homosexual, Mum.”

The story, while it has generated wide spread support on social media, has also earned strong criticism from others.

My dear @BinyavangaW writes a piece that springs open the prison doors of the heart. http://t.co/CPQIILfgJH

Of course, the continent of Africa has also been in the headlines recently due to new and oppressive anti-gay laws introduced in both Uganda and Nigeria. Late last month, the Nigerian parliament passed a law making “aggravated homosexuality” punishable by life in prison. (Which is at least a slight improvement over an early draft of the law, which called for imposing the death sentence for homosexual acts.) In addition, last week, Nigeria’s president signed a law imposing 14-year jail terms for “homosexual acts.” And even in Wainaina’s native Kenya, homosexuality is outlawed, although arrests are “rare.”

In an interview with globalpost.com, Wainaina said that, “There was the anti-gay bill in Uganda first, but the Nigerian one! Nigeria is a country I go to – I was there three times last year – it is a place I love, it’s like a second home to me…It’s hard to imagine any more repressive law of any kind in the world. It’s just the most terrible thing.”

But while his coming out was a political act, it was also personal, and, as globalpost.com points out, the timing was anything but accidental.

“Of course my friends knew, but I had been toying with how useful it would be to make a public statement for close to eight months.”

He had been contemplating coming-out throughout most of 2013, and said that on this year’s New Year’s day he was just “one tweet away from just saying it.” But instead, he chose to write his coming out as a ‘lost chapter’ from his acclaimed 2011 memoir One Day I Will Write About This Place (the recipient of an endorsement from none other than Oprah Winfrey).

He wrote the piece “during a couple of feverish late-night hours on the eve of his 43rd birthday, January 18th,” and told the GlobalPost, “I was very giddy the whole time writing it, very happy.”

The results speak for themselves:

“Nobody, nobody, ever in my life heard this. Never, mum. I did not trust you, mum. And. I. Pulled air hard and balled it down into my navel, and let it out slow and firm, clean and without bumps out of my mouth, loud and clear over a shoulder, into her ear. ‘I am a homosexual, mum.’”

It is, given today’s political/social climate in Africa, a remarkable act of defiance and courage. As Nigerian-born author Teju Cole tweeted, “My dear @BinyavangaW writes a piece that springs open the prison doors of the heart.”

Listen to Binyavanga Wainaina discuss the terrible new laws and the challenges of being gay in Africa in his recent interview with the BBC.