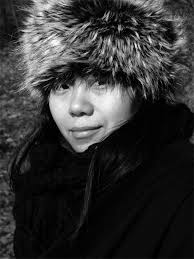 Xiaolu Guo believes American literature is too narrative and too influential.

The Guardian reports that at a session on the global novel held on Saturday at this year’s Jaipur Literature Festival, author and filmmaker Xiaolu Guo declared that American literature is “massively overrated.”

Guo, one of Granta’s best of young British novelists and who was shortlisted for the Orange prize for A Concise Chinese-English Dictionary for Lovers, used the session to attack the way “our reading habit has totally been transformed by the mainstream.”

She went on to say that “Our reading habit has been stolen and changed. For example I think Asian literature is much less narrative…but our reading habit is more Anglo-Saxon, more American…Nowadays all this narrative [literature is] very similar, it’s so realism, so story-telling driven…so all the poetry, all the alternative things, have been pushed away by mainstream society.”

But it wasn’t only Guo who had less than positive things to say about America’s literary culture. Pulitzer Prize winning writer Jhumpa Lahiri was quoted in The Hindu as saying that “It is shameful that there is a lack of translation in the American market. I know I am making a judgment, but I guess that what it is. Living out of the US gives you a completely different perspective.”

According to The Guardian, Lahiri, who is currently living in Italy, hasn’t read anything in English for the last two years, and quote her as saying that “I was looking at [an Italian paper’s] 10 best books of the year, and they chose seven books written in English. This was astonishing to me. I can’t imagine the New York Times ever choosing seven books written in a language other than English as their choices.”

Lahiri is also quoted by The Guardian as saying that the focus on English is “distressing…because it has a certain readership and a certain commercial currency now,” adding that “there is so much literature that needs to be brought forward, and the danger now is that it’s getting even less exposure.”

Guo, who writes in both English and Chinese agreed with Lahiri’s assessment. “The alternative needs to be much more powerful, much more money put in to raise that platform, and then you can read on an equal platform, without such unequal competition.”

The Guardian quotes her as saying, “If you write in Japanese or Vietnamese or Portuguese you have to wait…to be translated, and translated literature never really works immediately as English literature unless it wins the Nobel or some big prize. In a way the easiest and laziest way is to write in English. What a struggle to write in any other language than English.

“I’m saying language is a passport. A dubious, dangerous passport too.”

But while Lahiri insists that “translation is the key” that creates “the bridge for so many of us to be able to read across our limitation,” Franzen expressed his doubts:

“One of the consequences of globalism, it seems to me, and I think we see it even in the literary world, is that things become less horizontal and more vertical. If you can imagine everything perfectly translated, that we have massive subsidies for translation that anyone publishing in Romanian in Romania, that is instantly available in all languages everywhere, you are still faced with the finite amount of reading time that an individual reader has…in a funny way you’d think there’d be greater diversity in what is read, but I worry that the trend in a more global literary marketplace is even more towards a kind of star system and a vast sea of people who can’t find an audience.”