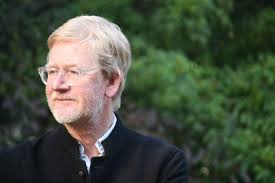 Indo-Asian News Service reports that David Godwin, the British literary agent who over the course of his career has represented every Indian winner of the Booker Prize (with the exception of Salman Rushdie), predicted that India would soon become the “dumping ground” for American literature, and that small publishers would be “pushed out” by monolithic publishing houses. (His list of clients includes Arundhati Roy, Vikram Seth, Aravind Adiga, Kiran Desai, William Dalrymple, and Jeet Thayil.)

Godwin added that the situation would only “get worse” as big publishers become more and more of a major force in the industry.

“It’s a bit of a problem with what’s going on…these big, monolithic publishing houses are extremely powerful and it is a terrific problem for small and independent publishing houses…they would be forced to the fringe of the business,” Godwin said on Sunday at a session of the third Kolkata Literary Meet.

“For India, the problem would be that America would be dumping their books on the country. It would become more important for distributors. I hope it doesn’t happen.”

One other negative outcome of the growth of big houses, he added, is that “editors get less importance.”

And on the subject of e-publishing, he said while it’s a “tricky business” when it comes to authors getting paid, but at the same time it’s a good option when it comes to getting their works seen and available.