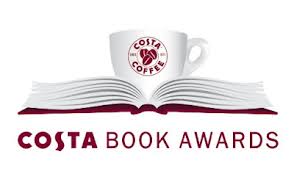 The Costa Book Award is the major UK book prize open only to authors who reside in the UK and Ireland.

Originally established in 1971 by Whitbread PLC, Costa assumed sponsorship of what some call the UK’s most prestigious book prize in 2006.

The five winning authors are:

Kate Atkinson who won the Costa Novel Award for her eighth novel, Life After Life (Doubleday). She won the Whitbread Book of the Year award 20 years ago for her first novel, Behind the Scenes at the Museum

Nathan Filer, writer, lecturer and mental health nurse, who won the Costa First Novel Award for The Shock of the Fall (HarperCollins) – -the story of Matthew and his descent into madness as he faces his role in the boyhood death of his older brother.

Lucy Hughes-Hallet, who won the Costa Biography Award for The Pike (4th Estate), the story of the life of Gabrielle D’Annunzio, poet, daredevil and one of the early precursors of Fascism. Ms. Hughes-Hallet earlier received the 2013 Samuel Johnson Prize for this title.

Michael Symmons Roberts, who won the Poetry Award for the second time with his sixth collection, Drysalter (Jonathan Cape).

Chris Riddell, author, illustrator and political cartoonist, won the Costa Children’s Book Award for Goth Girl and the Ghost of a Mouse, which the judges called “an instant classic for children of all ages.”

“Our judges have selected five superb books that readers of all tastes are really going to enjoy,” said Christopher Rogers, Managing Director of Costa. “Many congratulations to all of this year’s category Award-winning authors.”

And now is where it gets even more interesting. The five Costa Book Award winners are now eligible to receive the ultimate prize – the 2013 Costa Book of the Year.

The winner, selected by a panel chaired by Rose Tremain CBE, will be announced at an award ceremony in London on January 28.

It’s interesting to note that since the introduction of the Book of the Year award in 1985, it has been won eleven times by a novel, four times by a first novel, five times by a biography, seven times by a collection of poetry, and just once by a children’s book.

The 2012 Costa Book of the Year was Hilary Mantel’s Bring Up The Body. Previous winners include Kazuo Ishiguro’s An Artist of the Floating World, Christopher Nolan’s Under the Eye of the Clock, Richard Holmes’ Coleridge: Early Visions, Ted Hughes’ Birthday Letters, Philip Pullman’s The Amber Spyglass, and A.L. Kennedy’s Day.