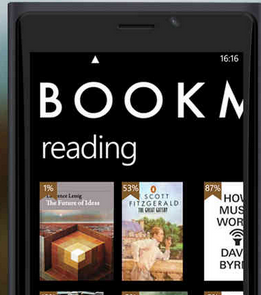 Bookmate.ru is a Moscow-based ebook subscription service that offers access to 250,000 Russian books from 375 Russian publishers for 150 rubles ($5) per month. The company is now looking to expand beyond Russia’s borders.

“We want to explain to publishers, ‘don’t treat us as you do every other subscription service,” says Appell. “Treat us as a revenue generation solution for places that may be marginal markets, may be difficult to break into for distribution reasons, markets dominated by piracy. We’re trying to be a halfway house.”

In addition, the company sees its raison d’etra as combating piracy. “It’s not a zero-sum game,” says Appell. “If you start claiming back some of the readers who are only accessing illegal work and not paying a penny for it, they become an active constituency. They will start spending money.”

Exprima Talks, led by Corey Pressman of Exprima Media and conducted for Publishing Perspectives, is a series of discussions with people thinking and tinkering in the space of reading.