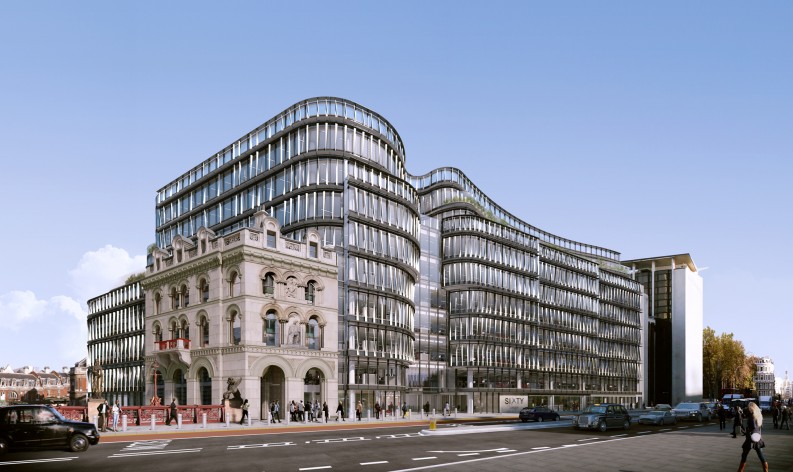 Amazon’s London HQ: They can get away with it? But should publishers follow suit?

Last year when Amazon moved into an impressive new headquarters in London, our publishing reporter Roger Tagholm suggested that the location, just a few blocks from Penguin and Faber and around the corner from Simon & Schuster UK, it was a statement: “publishing revolves around us now!”

Of course, Amazon is flush with, well…market cap, if not actual cash and many view it as an interloper hell bent on consuming the book business (still tbd).

Titles publishers, in contrast, are growing leaner and leaner as the market demands more and more production from fewer and fewer employees working on more and more titles. One would think that this might include their choice of real estate.

In his recent controversial essay “Don’t Any One Put Me in Charge,” bestselling author Hugh Howey went so far as to suggest that one strategy for publishers to survive and thrive in trying times would be to abandon New York City and its astronomical rents. “We’re looking for a low-slung building in an industrial center near a nice airport. Houston would be a good choice.”

Yet, today, as Roger Tagholm reports again from London, both Hachette and HarperCollins have moved into pricey new digs on some of the most expensive real estate in the world.

Both companies are profitable and have the backing of large corporate conglomerates, but does this strike you as a good idea? Is an impressive office necessary to maintain the prestige of the brand, attract top talent and conduct day-to-day business? My guess is that they would argue “yes, absolutely.”

Would Howey’s low-slung building in Houston, or perhaps in this case, Nottingham, be a viable alternative? One that could cut overhead, allowing them to pour more money and effort into the books themselves? Granted, London may also be the media capitol of the UK, but doesn’t the internet negate some of that advantage? Or is it merely the price of doing business in big time publishing?