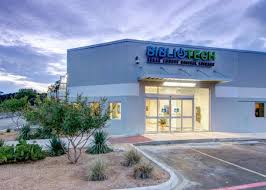 Residents called to jury duty at the Bexar County Courthouse in San Antonio are now able to check out one of 200 e-readers while they wait to be called to serve.

Potential jurors can also sign up for a library card or get help downloading an app to check out e-books on their own devices. The service is an extension of BiblioTech, one of the country’s first all-digital libraries, which opened in September and is run by Bexar County.

The project itself is the brainchild of Judge Nelson Wolff of Bexar County, an avid book collector who was inspired by the increasing digitalization of the New York Public Library and by Walter Isaacson’s biography of the founder of Apple, Steve Jobs.

And it has been put in the hands of Laura Cole, special projects coordinator, who was in charge of researching, funding and executing the library.

“I searched around the country for a precedent, and found some failed and stalled projects,” Ms. Cole said. “It was amazing to me that it hadn’t been done before.” The main branch is in a low-income district about seven miles from the county courthouse in a building with a tax assessor, a constable’s office and a justice of the peace.

Inside, BiblioTech resembles a computer lab on a college campus. Visitors find two long rows of 48 iMacs, an “iPad bar” with a dozen iPads and a circulation desk. A door leads into a dimmer room with two Xbox 360s with Kinect and four Microsoft Surface touch-screen video tables with interactive Kaplan educational games.

A tiny cafe sells coffee, thumb drives and headphones, while a space in the back is furnished with bright benches for patrons who bring their own devices. Those without can check out one of BiblioTech’s 10 Macbook Pros or 40 iPads by the hour for use in the library.

Not a printed page in the form of a book can be found.

Head librarian Ashley Eklof moved to Texas from Wisconsin to face the challenge of running a library without print books.

The library has 600 e-readers for home use. Patrons can check out up to five e-books, choosing from 18,000 titles (more than a thousand of which are in Spanish) on their personal e-readers or on one borrowed from the library.

The checkout period is two weeks, after which a book simply disappears from the device. Children up to 12 years old are offered a Nook tablet preloaded with hundreds of children’s titles.

“We’ve yet to lose a device in the four months since we’ve been open,” the head librarian, Ashley Eklof, said.

“We have maintained from the beginning that we are a digital library, not a bookless library,” said Ms. Eklof, who, like the rest of the staff, wore a sporty BiblioTech-branded polo shirt. Books or no books, she said, the goal is the same: to give residents access to information and research assistance.

The library is busiest after neighborhood schools let out, when it is often difficult to find a free computer, Ms. Eklof said. But on a quiet Thursday morning earlier this month, only a few patrons were using the computers, all watching YouTube videos. Reception, though, was busy, explaining the library’s protocols to a steady stream of guests.

George Stephenson, 81, a retired landscaper, “drove a distance” with three others to get library cards after hearing about BiblioTech from friends and on a local newscast.

“My local library is far,” Mr. Stephenson said. “I like to read, and if I don’t have to get into a car to get a book, that’s just great.”

Since BiblioTech opened, visitors from as far away as Hong Kong and the Netherlands have come to this out-of-the-way corner of San Antonio to take a look at the operation.

Keith Ferguson, a board member of the Rolling Hills Regional Library District in St. Joseph, Mo., made a detour while on a road trip through Texas to see if he could glean new ideas from BiblioTech about how to use technology in a library.

“It’s a first-class operation,” he said.

It is also economical. At a cost of $2.2 million to build, stock and staff, BiblioTech is a bargain compared with the downtown library being built in nearby Austin, which has a budget of more than $100 million. BiblioTech’s yearly operating costs are budgeted at $1.1 million. “Getting it going cost us a third less than the $3.7 million Bexar County contributes annually to the San Antonio public library system, which has 26 libraries,” Ms. Cole said.

With a population of 1.7 million, Bexar County “is growing at the fringes, which leaves residents farther and farther away from existing libraries,” she said. “BiblioTech’s platform allows us to reach those people.”

The county plans to extend BiblioTech’s reach to “where the people are”: shopping districts, transit stations and large businesses.

Rackspace, a cloud computing company with 5,000 employees, has enquired about getting a BiblioTech kiosk, as have several local schools.

“San Antonio is the seventh most populous city in the country but ranks 60th in literacy,” Ms. Cole said. “If we can help make reading fun and get people around here excited about it, how awesome would that be?”

* Ebook management services and e-readers for BiblioTech are provided by 3M. The library owns about 85% of their titles, says head librarian Eklof.

* The replacement period for the computer, e-readers and other technology is a period of three years.

* A private donation from the San Antonio Spurs NBA franchise supported the creation of the children’s section of the library.

* The staff of BilioTech is 15, with 3 full-time and 12 part-timers; most appear to be recent college graduates under the age of 25.

An alternate version of this story originally appeared in the New York Times on Sunday, January 19.