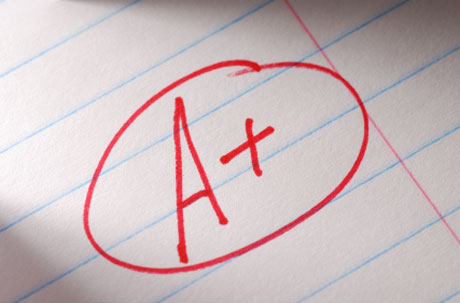 Every year I scrutinize what are likely to be the key developments in academic publishing that may take hold over the coming year. To my immense satisfaction I occasionally get it right, however more often than not, and true to the nature of the industry, that ‘next big thing’ tends to take a while longer to bear its fruit than anticipated. Last year, for example, we looked at the impact factor facing its demise, likely publisher consolidation, the rise of the e-textbook and mobile device usage, and publishers taking a more interactive approach to data provision. To varying degrees we witnessed advances in some of these areas while others saw very little movement whatsoever. So what’s in store for the year ahead?

1. The Gold Rush and the Growth of the Mega Journal

While many journal publishers continue to grapple with the concept of Open Access and the feasibility of turning a traditional model on its head while still remaining lucrative, so-called Mega Journals have exploded onto the scene. From an author perspective these journals are often less selective and their peer review processes swift, and many academics are prepared to front a fee per article or membership fee in order to have their work published.

Frequently adopting gold OA models, ‘mega-journals’ such as PLOS ONE, PeerJ, eLife and the Open Library of Humanities, are gaining traction and eating up readership and market share at an astonishing rate, despite many academics casting doubts over quality control. I think it is pretty much inevitable that we will see more of these innovative publishers with similar OA structures burst onto the scene over the next year. It will also be interesting to see if and how traditional journal publishers launch products to rival the new kids on the block and reclaim momentum.

2. Broken Toys: Back to the Drawing Board on Metrics? Last year many scholars were getting excited about the proliferation of impact calculation tools that claimed to provide a more accurate, modern, reliable and holistic alternative approach to the traditional Thomson-Reuters Impact Factor of journals. The prospect of throwing citation counts, article views, referrals, downloads and news and social media mentions into the measurement mix seemed to be the perfect solution to the deeply disputed argument that the Impact Factor could no longer be considered a fair way to gage peer influence in an increasingly digital world.

However, 2013 was also the year when the ethics of Article Level Metrics (ALMs) came under the spotlight. Authors bemoaned the ease with which figures could be manipulated; Facebook ‘likes’ could be bought and article views could easily be skewed by simple tricks such as constantly reloading pages. At the end of the year we find ourselves at a critical juncture where we know the current system which measures scholarly influence needs to be replaced, and I’m sure Randy Schekman would back me up on that, but we haven’t quite got the solution right yet. 2014 will therefore prove to be a pivotal year in the development of new age peer influence and impact calculation tools.

Just as the academic publishing industry has become progressively attracted to measuring article, as opposed to journal, influence, it has also become more open to exploring ways of monetizing smaller chunks of content in addition to ‘bread and butter’ profit-making on journals and individual articles. We are seeing an increase in publishers enabling smaller, bite sized assets for use outside the context of articles and journals, leveraging supporting data, graphs, tables and charts to their advantage as separate entities in their own right.

More publishers are also experimenting by going down the enriched content route, looking at video and interactive graphical content to offer a more dynamic experience for users. These avenues provide welcome additional revenue streams for many publishers and I expect these trends to continue during the coming year.

2013 will be remembered as the year when the shift from desktop to mobile really gathered pace as sales of mobile devices finally overtook desktops and laptops. Analyst firm IDC even went as far as predicting that by 2017 87 per cent of all connected devices will be tablets and smartphones. While reading on devices is undeniably on the up, researching isn’t. This is largely because, for the most part, academic publishers have been unable to optimize content for mobile and reproduce successful online user experience strategies for portable devices.

The device space is moving fast – Apple iOS devices now come in six different size /resolution combinations and HTC has as many as 12. Subsequently the industry is struggling to keep up and could do with a one-size-fits-all solution. Web designers are starting to experiment with an approach called Responsive Design, which lets publishers maintain one site that serves all devices and screen sizes. As Toby Plewak describes in his article Mobile Strategy or Online Strategy? An Introduction to Responsive Design, Responsive Design can “help publishers reach the broadest possible audience with a fully optimized site”. In my view, this will be a key area for academic publisher investment in 2014, one which will allow them to tap into a lucrative growth market that has yet to be exploited and one which will also see mobile usage at universities, libraries and institutions really take off.

5. MOOCs: A Land of Opportunity for Publishers?

Massive Open Online Courses, or MOOCs as they’ve been lovingly labelled, have certainly been one of the hottest topics of the year. Many critics have come down hard on the courses citing unhealthy (90 per cent plus) drop-out rates, raising doubts over teaching methods and casting skepticism over their ability to promote education to the masses, as many set out to do. However, the signs are that many academic publishers see the growth and popularity of MOOCs as an extremely appealing business opportunity and a new route to market for textbooks and e-textbooks. With five major publishers piloting a program with provider Coursera back in May and Elsevier teaming up with edX later in the year, I would imagine more publishers will be pursuing partnerships with MOOCs providers in 2014.

I am under no illusion that many of the big developments in the academic publishing sphere will happen overnight. Just look at how long we have been talking about Open Access, claiming that next year will be the year when Green or Gold models hit the ground running or freemium models take the market by storm. Never has the phrase ‘slow burner’ been more appropriate. That said, changes are taking place; dramatic changes that influence and affect every part of the publishing supply chain, from author through to end user. Subsequently we are witnessing a gradual transformation in habits, expectations and demand that will inflict a permanent cultural change in the industry. But Rome wasn’t built in a day.