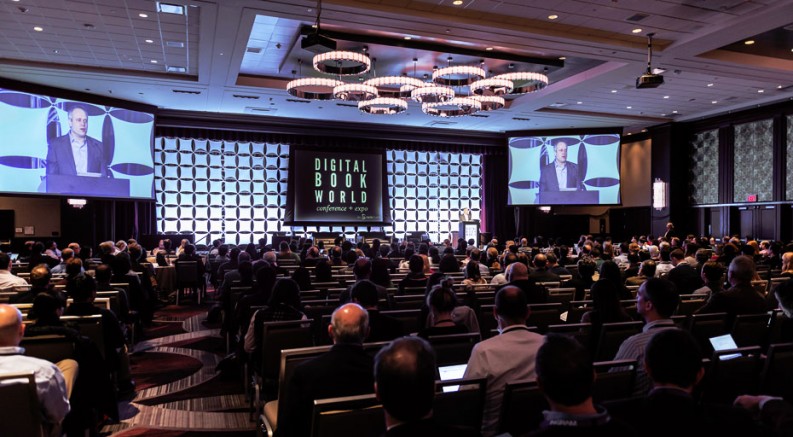 On the surface, it looked like business as usual at this year’s Digital Book World conference in New York City earlier this week, with no groundbreaking announcements, no radical plans hatched to transform the book business as we know it. But as always, when publishers convene to discuss the state of the industry, a few ideas emerge.

Teens Not Reading for Fun

Of the news repeated over-and-over again in private conversation, it was that a recent Nielsen Books survey revealed 41% of teenagers aged 13-17 said that they do not read books for fun. It’s a troubling figure, one that presages tough times ahead if publishers lose a large chunk of this generation to other forms of entertainment and pleasure seeking. Carolyn Reidy of Simon & Schuster is looking overseas for growth in ebook sales.

Simon & Schuster President and CEO Carolyn Reidy took the stage as part of an executive round-table and when asked where the company’s top-line growth was coming, she replied, “the international market is where we are going to see the most growth.”

She attributed her optimism to increased sale of English-language ebooks overseas last year, also noting that ebook sales hadn’t appeared to cannibalize any English-language print sales overseas. “We sold an ebook in 200 countries in 2013,” said Reidy. “We sold a copy of The Sun Also Rises in Antarctica.” Asked what would boost sales even more, Reidy replied, “We are eager for the day when they will pay as much attention to the English language titles as those in their native language. We are constantly talking to the retailers to encourage them to engage with the English language books.”

It is a curious response, particularly in the context of several recent large chain bookstore sales and bankruptcies in Europe — France’s Chapitre and Weltbild’s bankruptcy filing in Germany being the most recent and troubling— which suggests European stores are struggling having a difficult time selling enough of their own books.

Speaking of embattled bookstores chains, several speakers rose to the defense of Barnes & Noble’s NOOK ebook platform, pointing out that it would be a serious loss. “We sold a lot of NOOK ebooks last year. A lot,” said Dominique Raccah of Sourcebooks towards the close of the conference. Elsewhere, the idea was floated that Wal-Mart might be interested in buying Barnes & Noble in order to maintain its retail dominance.

Television stock picker Jim Cramer, who crammed enough material for a 30-minute session of his CNBC show “Mad Money” into a 15-minute DBW slot, pointed out that Barnes & Noble’s stock price might just benefit on Wall Street by “the last man standing.” But also Cramer noted several large media stocks, including CBS which owns Simon & Schuster and News Corp which owns HarperCollins owner, were  trading at a discount because of the fact that they owned publishing companies. In contrast, Zillow, a real estate listings site, has a market cap of some $3 billion — double that of The New York Times. At the same time he noted that based on his own experience promoting his latest book Get Rick Slow, people in the media “don’t seem to care as much about books and authors, even if readers do.” DBW devoted the good part of the morning on Wednesday to discussing Amazon, with speakers that included industry Joe Esposito discussing “Amazon as a Black Hole of Data,” in which he revealed librarians have shifted a segment of sales away from traditional book distributors, such as Baker & Taylor’s Yankee Book Peddler. Esposito was joined later by Brad Stone, Bloomberg Businessweek columnist and author of The Everything Store, as well as DBW conference organizers Michael Cader and Mike Shatzkin. But the most memorable line to come from all the sessions that day was from the aforementioned Cramer, who said that the best analogy he could come up for Amazon — a company which has yet to make money, yet is so highly valued — is modern art. “It’s Jackson Pollock, it is Rothko — it just can’t be explained,” adding, “It’s the most overvalued in terms of earnings, but the most undervalued in terms of opportunities.”

Naturally, we obsess over Amazon’s impact on the publishing business. Cader pointed out that the only real media segment that Amazon has been able to dominate has been ebooks, but “they don’t just want to be known as an ebook company.” Stone concurred, highlighting the massive investments Amazon was making in proprietary television programming, such as Alphas and Betas. “These shows aren’t very good now, but they are not always going to be bad,” he said. (point of fact: several of Amazon’s television development projects are based on literary properties to which they have bought the rights).

Shatzkin floated the idea that Amazon might get out of the warehousing print books altogether, based on their success with ebooks, or transition to POD. Stone agreed that it might not be out of the question, but not because of a lack of sales. The sticking point, instead, is one of logistics. “Right now they have $65 billion in annual sales, and have to hire ten or fifteen thousand seasonal employees,” said Stone. “So what happens when they have to go to $200 billion sales. How do they find 50,000 seasonal employees?” Stone also pointed out that the first effort to form a union at an Amazon fulfillment center was soon being voted on at Amazon’s Pennsylvania location.

Of course, Stone also noted that “one maxim inside Amazon is to never use human when you can automate.”  And as we all know, Amazon is looking at developing drones for same day fulfillment. Could this be the answer? Perhaps, but it’s not necessarily going to kill bookstores.

Michael Cader quipped that the only thing “needed to defeat Amazon’s Octocopters is to put a bicycle in every bookstore.”

Editor’s Note: DBW often relies on a 15-minute format for keynote speeches which results in speakers speeding through some of their comments at a pace which makes note-taking tricky, for if the speaker doesn’t enunciate or you turn your attention away for a moment, you can easily lose the context or detail of what is being said. Any errors in the above are my own and are reported as I observed them.