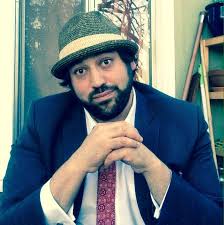 Image Comics may be best known as the publisher of “The Walking Dead,” but its their business model which is truly noteworthy. If you write a novel ostensibly about superheroes, people will inevitably ask you if you read comics. And if they don’t flee in terror immediately after you nod yes, they’ll usually ask you which ones.

Though I tend to pretty much pounce on anything with panel borders, I’ve noticed that over the last few years the majority of what I’m championing comes out of a distributor that only continues to swell with sophistication and brass. Since I’m a child of the nineties, a boy who turned fifteen at the nadir of grunge rock and bore witness to the arrival of the LAN line, I was also present for the birth of Image, a publisher that would go on to revolutionize the small, yet supercharged world of popular comic books (and one you likely already know from their wildly popular The Walking Dead series). For a new generation of children and teenagers who found solace in cardboard bins, plastic sleeves and backboards, Image was seen as the new brass-knuckled kid on the block, some fast-talking, scar-eyed punk with a chip on his shoulder.

Many of Image’s initial titles were regarded with eye rolls by wisecracking industry stalwarts when it opened in ‘92 — a side effect, perhaps, of the fact that the company itself was pioneered by freelance illustrators at Marvel who were dissatisfied at how micromanaged they perceived their own jobs had become. DC and Marvel, still reigning supreme to this day, had (and have) fine-tuned the art of working within pre-established codices, reinventing and redeveloping golden age heroes for an ever-eager audience. They understood that it requires a great deal of gumption to lift overnight what takes decades to even budge.

Image, on the other hand, in line with the postmodern spirit of the encroaching millennium, took razor blades to the rulebook, uttered a rebel yell, and decided to start fresh…an angle that always sounds poetic to those in throes of revolution but never comes without its myriad of complications. What Image did right from the get-go, however, is lay solid groundwork for what would become their groundbreaking future.

Unlike the majority of industry megaliths, the company was founded upon the precept that the publisher would not own any of its creators’ work. Instead, the creators themselves would have free reign. They would maintain legitimate control over their own characters and character-arcs. The publisher itself would act only as the host, collecting fees and making suggestions but never dealing with the business of advances or creative rights or establishing ultimatums. Readership would determine long term viability. As for the Image seal? It would become a reputed sign that whatever bore its logo had been allowed in by a team of comics’ professionals with cultivated taste.

From Superhero to Human-centric Storylines

Though the company had to struggle for a while in order to reach the heights for which it strived, it eventually expanded beyond keystone publications like Spawn, Savage Dragon, and Witchblade and began to head in a startling new direction. Robert Kirkman, of course, was one of the creators that moved Image past the realm of alternative superheroes and into that of in-depth, human-centric stories. Previously popular work in that vein could be expected to be seen in DC’s Vertigo imprint, which had carried that torch since Alan Moore joined up. When Image began offering its own brand of sophistication, however, one that involved the absence of editorial ultimatums, the game began to change, attracting a gamut of pre-established talent like Brian K. Vaughan, Matt Fraction, and Mark Millar (in conjunction, at this moment, with Frank Quitely) alongside that which was little known, and eager. Writers could choose their own illustrators, and vice a versa, allowing for pure, unforced collaborations.

The company was founded upon the precept that the publisher would not own any of its creators’ work.

Through doing this, it now appears that Image happily disregarded the idea of having a specific house style; something none of the other big publishers can claim. While it also continues to publish more traditionally drawn superhero-fashioned series, it puts out various titles by experimental creators, Brandon Graham, for example—an idiosyncratic artist with a unique style that leans towards alternative comics—and Rob Guillory and John Layman, creators of CHEW, an expressive, comedic story starring a refreshingly un-stereotypical Asian male character. Recently, I came across one of the newer, more obscure titles by Ken Kristensen called Todd the Ugliest Kid on Earth, and was blown away by its edginess. Its obscenity, alternative spirit, and twisted beauty signaled to me that Image had taken a big, bold step into the future. The snow pebble had become a boulder. One of the founding features of the comic book medium in general is the fact that anyone, anywhere, should be able to make one. This ideology stems from the fact that unlike literature, which took hold in the upper class and still in many ways caters to a more elite audience, American comic books were printed for the price of a nickel and intended for children.

As a genre never been used to being taken seriously, and restricted brutishly by the Comics Code Authority in the ‘50s in the single worst instance of American censorship in the country’s history, early creators were forced to make their labor truly one of love. Comics, thus, became primarily subversive. The medium’s community at large maintains a very open mind, and money doesn’t flow the way it does in other industries.

Perhaps, then, it is for that reason that Image embodies the future of comic books. Not only because it offers material that is new and interesting, but because it also lives up to that material’s ancestral spirit. It strives to air out an industry that has learned to stick to what sells, trying instead to put the onus in the hands of comics culture itself. This is not to say that mainstream publishers, or the presence of editors, is in any way an insult to the craft. But to say that Image may have tapped into the primal urge of the comic book would be a deserved compliment. Either way, right now we’re in the dawn of this publisher’s fateful renaissance. I, for one, am happy to be here.

Though I’m sure my wallet may feel otherwise. Samuel Sattin is the author of “League of Somebodies,” a debut novel about one family’s efforts to create the world’s first superhero. (Spoiler: It doesn’t go so well.) Imagine The Doom Patrol cross-pollinated with Philip Roth and then remixed by Mel Brooks. The novel is currently available in paperback from Dark Coast Press; Audible released the audiobook performed by John Keating earlier this month. Sattin is 31 years-old and lives in Oakland with his wife. His work has appeared in Salon, io9, Kotaku, The Good Men Project and he’s currently a contributing editor at The Weeklings.