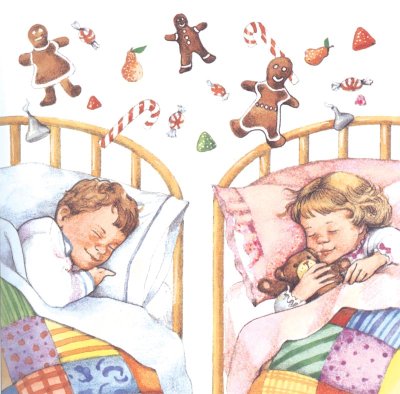 By Roger Tagholm, with apologies to Clement Clarke Moore

‘Twas the night before Christmas, when all through the house

Not a creature was stirring, not even a – no, wait, time out!

There ‘neath the stockings hung by the shelves with care

An editor awakes, a little the worse for wear

He’s slept until midnight, dreaming of prizes and reprints three,

But now he groans and simply has to pee

The office party was good, yet now he must vom– vacate it

Five bucks a head, it’s a tradition that rarely pales!

Everyone joined in and to the office tree were led

But what was bought for the boss is better left unsaid

Our ed’s slept all through since then – two whole days!

Did he really kiss the MD’s wife, and still he wants a raise!

Another flashback hits him; how could he be so crass?

Something to do with slammers, Facebook and his ass-ignments!

Yet what place is this he wonders, as he looks around?

It’s familiar yet strange; he seems to have run aground

For at this Holy hour everything is silent

The publisher transformed into sanctity inviolate

The desks loom like ice floes, floating as if lost

Their flat screens sails on an open ocean toss’d

Yellow Post-Its with their little scribbles of song

‘Don’t forget card for Mom’ says one, he spies

‘1D calendar’ says another – she’s growing up so fast, how time flies!

There’s a package by the door – someone should tell’em

It’s the latest Franzen, not digital of course: ancient vellum!

But what’s that outside, up on yonder snow-clad roof?

A great tall figure, with beard and reindeers to boot!

It’s St Bezos himself with his frightening leer

And Donder and Blitzen, Prancer and…Kobo? What’s he doing here?

With his tell-tale laugh he announces his task

Singing all the while: ‘Indies roasting on a Kindle fire

Let’s offer them Source to quell their ire’

Then a choir from far below comes up the darkened stairwell

Just the right story to keep their figures up to date

At which point our editor feels a tug

Confused is he – has he disturbed a thug?

Then swimming into focus a vision to melt hearts

His four-year-old daughter, who’s rushed in so fast

“Daddy it’s Christmas!  But Mom says you were drunk!

Santa’s put loads in my pillow at the end of my bunk!”

“That’s great honey, Happy Christmas, give me a hug

So whether you’re a printer, jobber, or publisher fellow,

A bookseller, editor, or figure-worn COO,

Come one, come all on this Christmas morn

Let the eternal message be once again born

This industry’s tough – we all know that through and through

But we’re a family, agreed?  That’s you, you and you

So be of good cheer and don’t despair

If your titles didn’t work, there’s always next year.

The poet, Roger Tagholm, is a contributing editor to Publishing Perspectives.