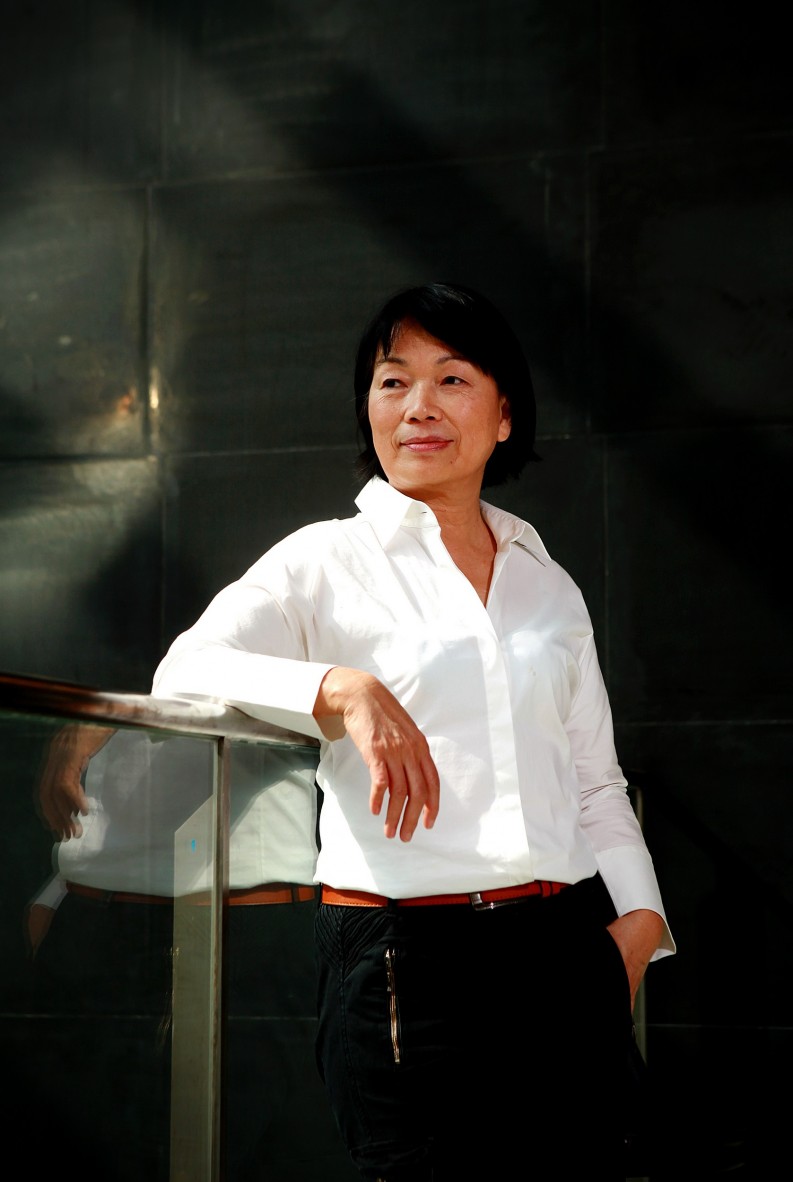 Taiwan’s Minister of Culture Lung Yingtai discusses her vision for the the “cultural industries,” the digital convergence in storytelling, and why literature in Taiwan will thrive. Interview by Publishing Perspectives Taiwan’s Minister of Culture, Lung Yingtai, is a celebrated writer, literary critic and public intellectual — the author of 30 books. A former professor at the the University of Heidelberg and contributor to the Frankfurter Allgemeinung Zeitung and the Berlin Tageszeitung, she is intimately familiar with both German and Chinese cultures and the challenges our developing digital world poses to culture.

When Lung entered public service as Taipei City Government’s first minister of culture in 1999, she quickly earned a reputation for helping to transform rundown buildings into artist villages, literature houses and museums.

Since being appointed Minister of Culture in 2012, she has championed new programs to promote reading and to help boost the publishing industry. She spoke with Publishing Perspectives about her vision for the the “cultural industries” in Taiwan and the digital convergence in storytelling.

You are the first Minister of Culture in Taiwan since 2012. Prior to that, there were two different organizations: One responsible for literature and art, the other for “creative industries.” Can you cite any examples of how this unification of responsibilities can help to support the arts?

Now a poet can sit together with a producer and discuss how poems can be turned into lyrics and be sung, recorded, performed, and turned into income. There are awkward encounters too. When a venture capital manager meets a movie director, they speak different languages, one about business models, the other about artistic inspirations, and the meeting may break up in 10 minutes, both feeling insulted. But this is a marriage that needs to be tried out. After all, when aesthetic values generate economic returns, art gets more support, doesn’t it?

In your opinion as an author, will the different types of media, like books, movies, games, grow closer together? Will authors be more like shepherds of a story than writers of a book in the future?

When the consumer behavior changes, so changes the mode of production along with it. Whether one likes it or not, digital convergence is the future, and why not? A book is just a book in the past, and digital technology has now given us the possibility of seeing a book transforming into different forms of expression, not merely in the sense that a book can be turned into a movie or a game, but also in the sense that the scope of knowledge is significantly expanded.

Are authors authors or shepherds of stories?

I think authors will never die out. There will always be talented individuals who see, feel, observe, think, and write. But there may be more shepherds in the so-to-speak “industry” in the future. Once a story gets written, how can it be translated into different languages, sold in international market, adapted into a movies script, or re-created to become a computer game? In a production chain, a lot of expert shepherds will be needed.

Taiwanese publishers and authors are well known for their open-mindedness. Within the growing Asian publishing and media sector, what role is Taiwanese literature going to play in comparison to other Asian countries and regions?

Culturally Taiwan has a modest but unique position in greater China. In contrast to China, Taiwan has been spared from the brutal political upheavals of the 20th century suffered by the Chinese. With traditional value structures relatively intact, Taiwan has been able to develop modernity well rooted in its own tradition. In comparison with Singapore or Hong Kong, Taiwan has a shorter history of colonial rule and thus is allowed more room and time to cultivate its own home-grown character. On top of these factors, Taiwan has become a genuine democracy and developed a vibrant civil society. Beginning of the 1950’s when China closed its doors to the outside world, the literature of Taiwan became the source of inspirations for Chinese living in Hong Kong, Macao, Malaysia and Singapore. Many poets of China also acknowledge their intellectual debt to the Taiwanese poets of the 50’s. Openness is a distinctive strength of Taiwan and Taiwanese authors continue to thrive on it.

Art often flourishes best far from established structures. Are there places for independent or off-culture art in Taiwan’s future? And what can the government do to support these places? (Or will a project instantly become “established” once the government supports it?)

Taiwan has a cut-off date. Before 1987, under Martial Law whereby freedom of expression was limited, Taiwanese authors wrote between lines and the readers read the unspoken words. After 1987, Taiwan began to flourish as a young civil society. The newly earned freedom gave rise to an energetic search for identity and individuality which found its way into songs, dance forms, cinematic art, literature and others, so much so that Taiwan is considered by the Chinese-speaking world the “power house of culture.” The government provides no “directives” to the arts. The artists are the performers and the government is the worker who puts the stage together. In an open society, art has its own idiosyncratic character which resists the will to shape from authorities. In a Taiwanese temple, it’s not unusual to see a Taoist deity sitting side by side with a Buddha and a Christian saint; likewise, art in Taiwan is also rather laissez faire. While respecting the autonomy of the artists, the Ministry of Culture provides all sorts of incentives as well as subsidies—sending artists abroad for international exchanges, supporting the publication of authors, encouraging digitalization and the transformation to the new media, etc.

Many countries seem to be discovering their cultural and creative potential at the moment. They’re forming initiatives to support the “cultural industries” or “creative industries”. The upside is the improved development of the cultural sector; the risk is the absolute monetization of the arts. Generally speaking, how can a government strike a balance between the two?

It is indeed a challenge to the policy makers. To keep the balance we try to remind ourselves of the following basic principles: one, what the private sector can do or can do better, the government does not do; two, subsidies must come in the form of a fishing rod, not in the form of fish, because with a rod in hand, the artist can do the fishing himself; three, the distinction between art and industry is that one is estimated in terms of value, and the other of cost and return, but both art and industry are equally important for the development of the cultural vitality of a country. Taiwan’s tourism-related campaign “The Heart of Asia” presents a country of great places and beautiful nature. The related website primarily displays traditional crafts like dough figures or hand puppets in the “Literature & Art” section.”

In an interview with the “Huffington Post” you spoke about Taiwan as a “cultural garden”, which is visited by weekend tourists who seek picturesque sceneries. But my guess is that this is not the full extent of the Taiwanese “cultural brand“ you have in mind?

You are right. The Hong Kongers make weekend trips to Taiwan. They saunter through the tree-lined narrow alleys, take a break in a cosy café getting to know the owner who is very probably a young artist just returned from a trip to Croatia, spend the next 2 hours in an art cinema watching a film by Cai Mingliang before marching to the night market where hundreds of food stands just opened up and thousands of people stream in for a daily celebration of culinary art under the evening sky. At 2am, when the birds are still quiet, the insider visitor would head for the Eslite Bookstore; during the small hours the book store will be full of waking people reading and buying books. Visitors from China do all of the above and one thing more: they glue themselves to the hotel TV set and gawk at the political shows in which the commentators lampoon with venomous language against the local government leaders. The Chinese visitors go home later and report to their home folks about how excitingly “obnoxious” the political commentators are in Taiwan.

A truism often cited by artists is that “art is always political”. Would you agree?