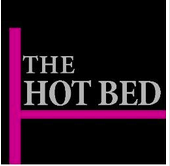 While some may not accept the notion that “New Adult” is an actual genre, Simon & Schuster is betting that it is, and, as reported by The Los Angeles Times, has launched a new social media community, The Hot Bed, “in an attempt to cements its presence — and highlight its authors within it.”

The Hot Bed will be featured on Tumblr, Facebook, Twitter, Pineterest and YouTube. (although as of now, Tumbler is serving as the main hub). And according to The Bookseller, content from Simon & Schuster authors from the UK and the US will be available (although, at least as of now, all the authors that have been announced as being featured are Americans: Jamie McGuire, Abbi Gilnes, Colleen Hoover, Alice Clayton and Christina Lauren.)

According to The Bookseller, “The Tumblr page will features ‘hot reads’ reviews, author interviews and a ‘chill chart’ rating the sauciness of content and exclusive extracts. Meanwhile, the Hot Bed social media feeds on Twitter and Facebook will serve as a forum for fans and newcomers to discuss and discover the S&S New Adult list.”

Carolyn Kellogg in the LA Times believes that “It is a savvy strategy, going where readers already hang out instead of asking them to come to a new website built by the publishing house.”

Beginning next year, the plan is for The Hot Bed to develop a series of reader events while “forging partnerships with relevant brands and media.”