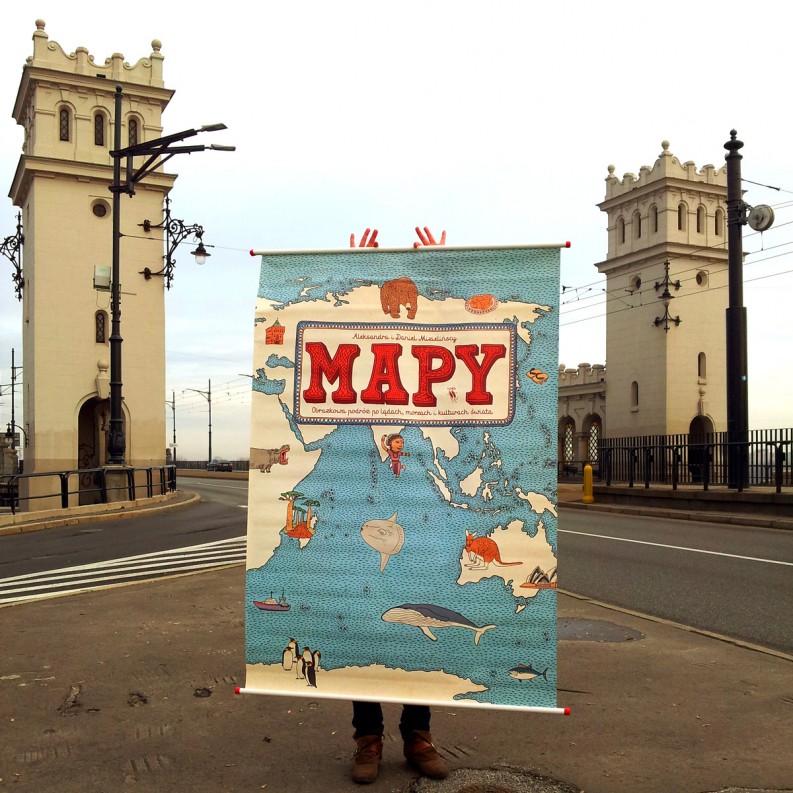 Dwie Siostry’s Mistrzowie Ilustracji (Masters of Illustration) series revives titles from the 1950s and 60s and has proven especially popular with parents.

WARSAW: Data from Poland’s National Library (Biblioteka Narodowa) shows that in 2012, only one segment of the country’s book market segment saw a sales increase. With an increase of 15.8% over 2011, some 11.4 million children’s books were sold in Poland, a sales growth rate envied by publishers which focus their activities on other genres. In comparison, sales of non-fiction literature fell from 22.3 million to 17.2 million copies in 2012. With sales of juvenile fiction rising, numerous new publishers have moved into this increasingly lucrative market segment over the past few years. In 2012, 2,081 children’s books were published in Poland, up 10.7% compared with a year earlier, according to data released by the country’s National Library.

Observers say that nostalgia is one of the main driving forces behind the rising juvenile fiction sales in Poland. After years of absence from the market, reprints of Polish children’s books from the 1950s and 1960s by renowned authors are now topping the bestsellers lists. Between 2008 and 2011, the number of children’s books reprints published in Poland rose from 118 to as much as 361.

One local player which exemplifies this trend is children books publisher Dwie Siostry (Two Sisters). The Warsaw-based company has revived a number of masterpieces of Polish children’s books from the 1950s and 1960s. The books’ reprints feature illustrations which most often were digitally printed for the first time. Canadian Jon Klassen is one of the publisher’s authors…

The publisher’s flagship Mistrzowie Ilustracji (Masters of Illustration) series features reprints of children books by mainly Polish, but also British, Swedish, German and U.S. authors. What all these books have in common are illustrations made by acclaimed Polish illustrators active in the second half of the twentieth century, such as Bohdan Butenko, Zbigniew Lengren, Mirosław Pokora and Jerzy Flisak, whose work have reached iconic status and made a place for themselves in Poland’s pop culture.

Katarzyna Domańska from Dwie Siostry points out that popular demand for reprints of these books pushed local publishers to reach for the classics about seven to eight years ago.

“These reprints did not reappear on the market without a reason,” Domańska explains. “It was a reaction to the dull illustrated children books which were published in the 1990s.”

According to Domańska, “parents’ nostalgia for what was close to them in their childhood” is one of the reasons behind the return of these books to the market.

Compared with various modern stories for children, the classics stand out because of the emphasis they put on teaching children positive values, which explains why parents opt for the reprints, she says.

“In the 1950s and 1960s, both the illustrations and featured stories were of high quality,” Domańska said. “Today, the art of illustration is gradually getting on its feet, but still, there are very few good stories intended for children.” Mapy is another bestseller for the house, one that showcases the company’s talent in illustration.

That said, Dwie Siostry is also devoted to promoting newcomers to the world of juvenile non-fiction. Domańska says that last year marked a very successful period for the publisher, in part due to newly-created books by Polish writers and illustrators.

“In 2012, we published more than 20 books, including the bestselling Mapy which was sold in several dozen thousand copies,” Domańska said.

Created by Aleksandra and Daniel Mizieliński, Mapy (Maps) is a collection of 51 illustrated maps packed full with details on 42 of the world’s countries. Intended for children aged three years and more, the  book was published in 2012, and it has already spawned a sequel, Mapownik.

One of the challenges faced by children’s book publishers is finding effective ways of marketing their products in digital formats. Dwie Siostry launched its first audiobooks for children last year, hoping to expand its sales into a market which is still considered niche by most Poland-based publishers of children book.

Based on Dwie Siostry’s sales figures, Domańska is confident that the publisher will further bolster its position in the Polish children’s book market.

“We feel as if parents were waiting impatiently for every new title,” she said. “This gives us faith in Polish book readers and encourages to publish [on a large scale] and for various age groups.”

Asked about Dwie Siostry’s publishing plans for 2014, Domańska said that the publisher is aiming to expand a number of successful ongoing series in addition to launching new books projects merging illustration, history and science.

“We are planning … to publish new installments of  Masters of Illustration,” Domańska said. “Our other plans include two major educational children’s books, Pioneers, an illustrated almanac of Polish explorers, and Inventions, a quirky encyclopedia featuring various inventions which did not necessarily make it to our times, but were a symbol of courage and unconventional thinking of their inventors.”