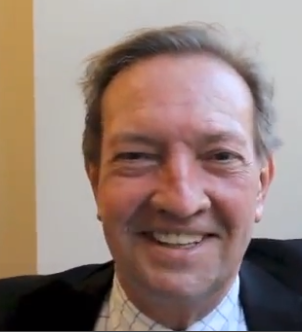 Benoît “Bruno” Courrèges, Chief of Police of the fictional French village of St. Denis, has made Martin Walker a famous writer. Though an esteemed journalist and former Guardian newspaper writer and editor, Walker says he finds a particular satisfaction in his fictional creation, who lives in a bucolic setting in the Perigord countryside, dines on fine food and helps solve the occasional mystery.

The series — of which the sixth, The Resistance Man, is being published in the United States by Knopf in February — have been huge bestsellers throughout Europe. They are especially popular in Germany, where, says Walker, “the idealized French lifestyle has a particular appeal.” The series is currently being adapted for German television.

I had the opportunity to speak with Walker when he was flown to Texas to serve as pitchman for the Dordogne Tourism Bureau to coincide with an exhibition on the Lascaux cave paintings at the Houston Museum of Natural Science. I was greeted by a smiling French PR agent who was gleefully swinging what looked to me like a black baseball-sized clod of dirt in plastic bag. “Truffle, real French truffle, direct from Dordogne. Smuggled through customs,” she enthused. Walker, who is publishing an “Inspector Bruno” cookbook this year in time for the Frankfurt Book Fair, looked on, amused. He was familiar with truffles and the trouble they can cause. After all, he wrote an entire book about it: 2011’s Black Diamond.

In our conversation Walker discusses transitioning from journalism to fiction, the true-life inspiration for Bruno, the sudden appearance of Japanese tourists looking for Bruno in Perigord, and more.