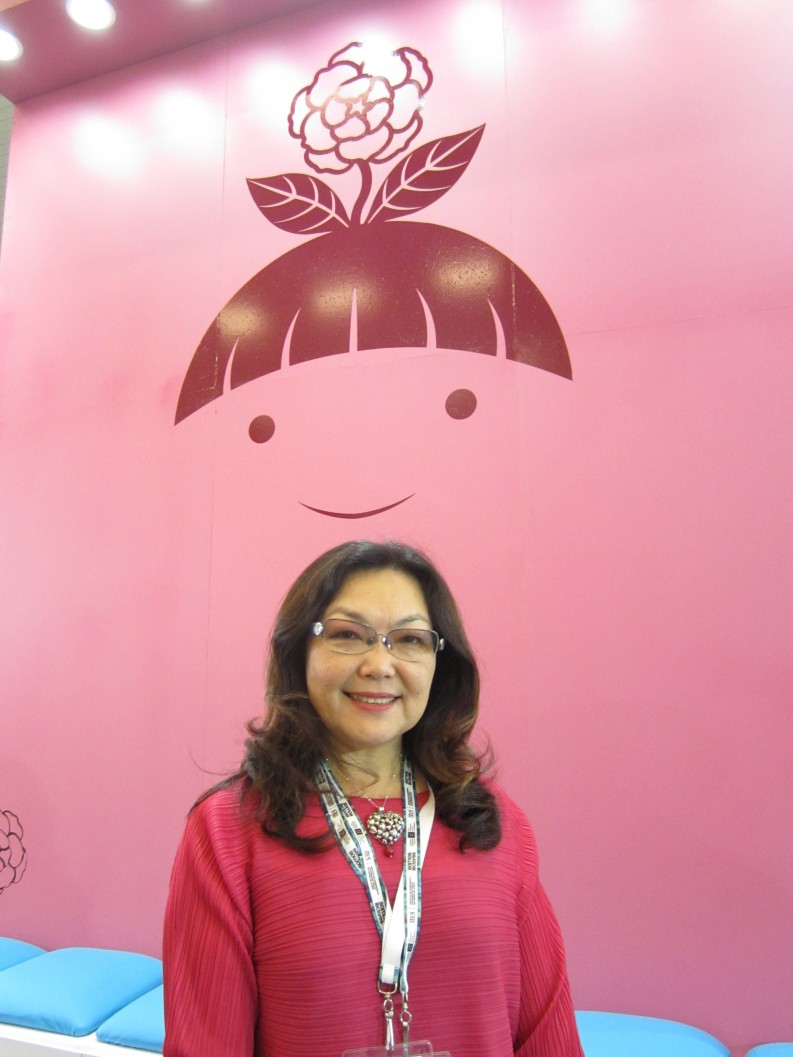 GUADALAJARA, MEXICO: In an effort to embrace the vast Spanish-language market, Taiwan made its debut as an exhibitor at this year’s Guadalajara International Book Fair with the presence of eight publishing companies and showcasing a children’s ereader that will launch in the UK and Europe next year.

Despite the island nation’s diminutive size, and with a population of around 23 million, publishing is big business in Taiwan, with annual book sales of 84.5 million units, 40,000 new titles published annually and book exports worth $62 million. Held each February, the Taipei Book Fair showcases 400 publishers from 70 countries, with the 2013 edition receiving 500,000 visitors over five days.

Describing the country as “the hub of the Asian publishing market,” Doris Wang, the chair of the Taipei Book Fair Foundation, said Taiwan’s mission in Guadalajara is to reach out to Spanish-language markets, particularly with children’s books, given the highly attractive visual element of books produced for the Mandarin market.

But despite the Taiwanese appetite for new technology and the country being one of the world’s largest hi-tech manufacturing centers, producing around 90% of the world’s laptops, enthusiasm for the ebook is less than lukewarm, a reaction Wang attributes to readers’ preference for printed books.

“Ebooks are a very new trend but one that has yet to take off, with only about 2% of book sales being digital,” she told Publishing Perspectives.

“There are still very few titles available as ebooks, but all Taiwanese publishers are now preparing to go digital and studying the rights issues. It’s very, very slow, but the change will happen, when the time is right, when people realize that reading digitally is convenient and cheaper. But it’s just a different way to read, and they will never replace the printed book,” she said. Ed Franklin, UK managing director of Grimm Press, a Taipei-based, Chinese-language publisher of children’s books, highlighted the importance of reading within Taiwanese culture, and the central role the pastime plays in the social lives of young people, where bookstalls resemble malls where readers go to meet and hang out.

“In Taiwan there’s a huge culture around reading, reading is very cool, and there’s still a huge gap between the number of printed and digital books sold,” he said.

However, Grimm Press has defied the slow eBook take-up and embraced the digital revolution, launching its highly successful Telly Bear in 2011, an Android-based ereader designed specifically for children and which comes with 20 preloaded ebooks on a device that features a ‘walled garden’ concept, only running content for children and avoiding the distractions of the Internet that using other tablets might invite. “We had to think about whether the iPad is an appropriate device for children to read from, and it isn’t. The Telly Bear is durable, it’s a fun design, and the ‘walled garden’ concept is key. We only want content in there that is appropriate for children,” Franklin said.

“Many publishers are reluctant to digitize their content, to invest in creating an app only to have it disappear into the depths of the App Store, but by partnering with publishers such as Penguin and Ladybird Books we are able to offer their eBooks or apps alongside those of Grimm on the Telly Bear,” he said, adding that the device has sold “tens of thousands” of units and will launch in Europe and the UK in 2014.

But the Telly Bear and the firm’s digital content will coexist with its printed books.

“We don’t want to impact on our printed book sales, but what we think is exciting is the use of interactive tools for children’s reading and learning, and parents are now more digital savvy and increasingly keen for their children to be using a touch-screen device, but reluctant to lend them an expensive gadget such as an iPad, which is expensive and relatively fragile,” he said.

“What we didn’t appreciate until we started testing it is the concept of ownership, and the fact that when something belongs to a child it’s more likely they’ll look after it. And with the creation of ebooks, whether it is a simple digital rendition of the printed book or a more sophisticated app version allowing for greater interactivity, we have shifted from being a publishers to content curators, but without moving away from our principle, which is education,” he said.

With the launch of the Telly Bear, Grimm approached the UK publishing industry in order to meet the demand in Taiwan for English-language content for children.

“It’s important to have British publishers on board, and which are often more willing to allow their content to be licensed digitally in other countries, compared to some US publishers, for example.”

Among the eight Taiwanese publishing firms sharing the pavilion in Guadalajara are Locus Publishing, which started life in 1996 as a non-fiction imprint focusing on business and finance before moving into other genres, and which now publishes children’s author Jimmy Liao, a bestseller in Taiwan whose works have been translated into English, French, German, Spanish, Japanese and Portuguese, among other languages.

Brilliant International Group (BIG) is the brand manager for Disney and Marvel in Taiwan and is a distributor, rights and PR agency, publishing its own titles and, in partnership with firms such as Reader’s Digest, bringing foreign content in translation to Taiwan.

Hysin Yi Publications was the first Taiwanese publisher to focus entirely on children’s books and, in 1987, founded the annual Picture Book Award. Authors on its catalog have been published in some 13 countries, such as Yu Li-Qiong’s A New Year’s Reunion, which was a Top Ten New York Times Best Illustrated Children’s Book in 2011.

Taiwanese publishers are also able to take advantage of the opportunity to publish writers whose work is banned in mainland China for political reasons, in order to meet the Chinese-language demand in both the Taiwan market and for the vast Chinese diaspora, Doris Wang explained.