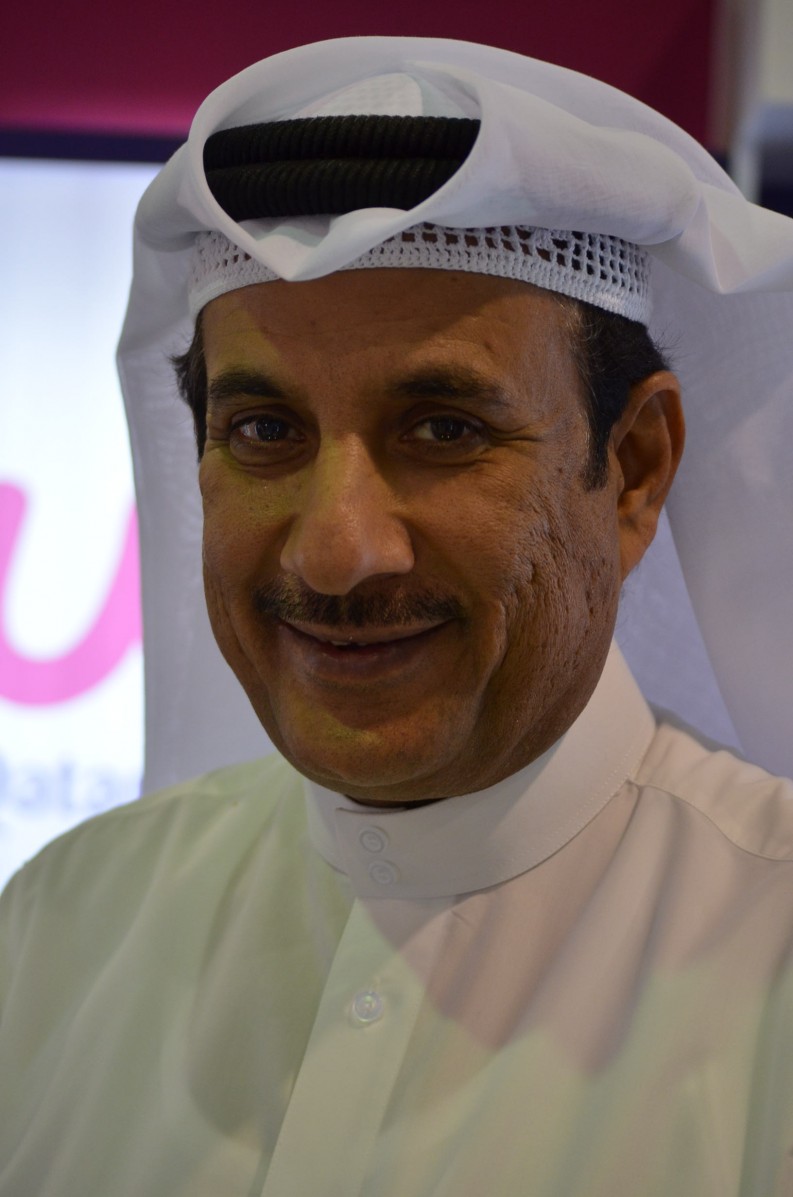 Some aspects of the Doha International Book Fair – the 24th ‘edition’ of which finished last Friday — are similar to neighboring book fairs in the Gulf; others are different. Like Sharjah and Abu Dhabi, it’s a selling fair, effectively a giant bookshop, so once again the aisles are full of families pushing along the familiar, branded (DIBF) cardboard box wheelie trolleys that you see in Abu Dhabi. There was also the traditional walkabout by the high-ranking official on the opening day, followed by a scrum of photographers, and the dance of nervous stand-holders pushing gifts into the Minister’s or Ruler’s hands. But there is practically no professional program attached and, in a marked contrast to Sharjah, out in the city of Doha itself, the fair seems to have no presence at all: you almost wouldn’t know it was taking place. Doha is a “shopping” fair rather than a “rights” fair.

First Time for Many in Doha

This year, the UK was Guest of Honor, the final initiative in the year-long Qatar UK 2013 cultural exchange program. Four British editors visited the fair last week as guests of the UK Publishers Association, the British Council and the Qatar Ministry of Culture. It was a fact-finding mission for most of them: with the exception of Lynn Gaspard, Publisher at Arabic specialists Saqi Books, the group had not been to the region before.

For Rona Selby, Editorial Director of children’s publisher Andersen Press, one of the most memorable moments came when a young boy asked her on the UK stand: “Is there a copy of Skellig [David Almond] here? It’s such a great book.” She said: “It shows there is a huge interest in books here, a desire to read.  And I do think children’s books are a great way of breaking down barriers — children don’t have the preconceptions that we do.”

Sophie Buchan of Orion, which already has strong links with Sharjah’s Kalimat children’s publishing houst, said she felt fairs like Doha “are one of the positive aspects of globalization, encouraging the free flow of ideas and increasing understanding.” Oxford University Press Editorial Director Judy Pearsall was talking up OUP’s forthcoming Oxford Arabic Dictionary, which captures modern, everyday Arabic — like the translations of ‘selfie’ and ‘tweet’ – and will be the first Arabic dictionary to be published simultaneously in print, online and digitally.

One surprising stand was The Embassy of the United States of America, complete with flags and mock pillars, and a variety of US government publications. Elsewhere, there were some of the extraordinary names that seasoned Gulf fairgoers become used to: ‘The Supreme Council for Family Affairs,’ the ‘General Directorate of Endowment’ — State involvement is very much the order of the day. Fair Director Abdulla Alansari said there were 360 publishers exhibiting this year from 29 countries. “We are very pleased to have South Korea and Denmark here for the first time. Every year the fair is bigger. We have 100,000 titles here, 80,000 in Arabic and 20,000 in English.  Last year we had up to 130,000 visitors and this year we hope for more.”

Trying to Put Qatar in a Positive Light

Everywhere you go you in Doha you hear about “Qatar national vision 2030.” The country is preparing itself for the transfer from a carbon-based economy to a knowledge economy. Literacy is already 97%, but it wants 100%. Qatar wants to position itself as the hub of the Gulf, the Goldilocks Arab nation if you like — neither as strict as Saudi Arabia, or as louche as Dubai, but somewhere “just right” in between.

“It’s a place with a vision,” says Martin Hope, British Council Director for Qatar. “They’re very keen to develop local Qatari talent so that the reliance on ex-pats will gradually diminish.”

That said, Qatar has taken a battering in the UK media recently, with the Guardian conducting an investigation into abuse of migrant workers involved in construction projects for the 2022 World Cup. Reports from Amnesty International and other bodies have described the conditions as akin to modern-day slavery. But perhaps not surprisingly, at the joint UK/British Council stand at the fair, British Ambassador Nicholas Hopton more or less managed to put a positive slant on this: “There are issues with migrant workers here, just as we have issues with migrant workers at home. This is an on-going story. As one of Qatari’s closest partners in preparing for the World Cup, we’ve been talking to them about how we can support them on the issue of migrant workers. They acknowledge the situation and it will require stricter implementation of existing laws and some fresh thinking.  It has mainly been subcontractors, rather than the Qatari government. I don’t think British companies should be put off – Qatar is a good place to do business.”

This positive view was echoed by Hope  who said: “There’s a steady flow of British universities interested in research links with Qatar. The creative industries are growing here. We’ve had an exchange programme with the Slade School of Art. The Qatari government is keen to empower and develop local talent. This is a small country with big ambitions.” Majd Abbar is helping Qatar employ tablets for education in the country.

It is certainly doing well in attracting external talent. A good example is Majd Abbar, Director of Arabic Content Initiatives at the Qatar Computing Research Institute, part of the government-run Qatar Foundation, and a Microsoft long-timer. He spent 20 years with the tech giant in Seattle before taking up his present position 18 months ago. Abbar is behind an initiative that is putting Arabic educational content on to Microsoft Surface tablets — some 10,000 have gone out to schools already — and is at the forefront of a variety of digitization schemes to stop both the Arabic heritage from disappearing and to rescue the language’s status in science and research.

Together with his colleagues, who include some of the top people in their field — like Dr Patrick Meier who is the internationally recognized thought leader on the application of new technologies for early warnings of crises — he is also developing ‘Ehtra’ (‘enrich’), an interactive social media platform for Arabic content creators around the world. He would also like to develop an e-reading platform for Arabic where, he observes, “there is a big gap in the market.” Apple’s IOS platform goes some of the way, but it is not perfect, and Amazon isn’t interested — as yet — because it only wants to be where it perceives the big sales are.

This accurate rendering of Arabic in the digital space is frequently mentioned. As one walks the aisles of the fair, and passes the glittering letters of the numerous sacred works on display, it’s odd to think that when the ‘ligatures’ and ‘allographs’ of the Arabic alphabet were first being developed, nobody knew that its particular spacing and word formation would cause such a challenge to tech companies thousands of years hence.

It will be solved of course – but let’s hope these giant fairs continue even when that digital breakthrough comes: the children in Doha clearly love dragging their parents down the aisles towards the children’s end of the hall, and that was good to see.