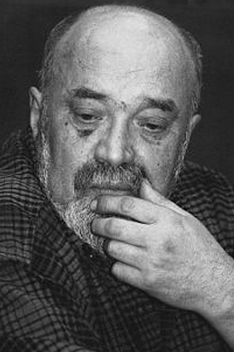 Russian writers are battling a new government-led Literature Assembly, which they view as an effort to control over authors and a possible return to censorship.

A split in the Russian literary community is growing, as a group of Russia’s most prominent writers have vociferously criticized the new Literature Assembly, which was established by the Russian government to take the place of Russia’s Union of Writers. Evgeny Popov has been a vocal critic of Putin and the new Literature Assembly.

Critics believe new Literature Assembly will have much in common with the Soviet Union of Writers, whose primary purpose was maintaining Communist Party and State control over literature. For professional writers, membership of the Union became effectively obligatory, and non-members were largely denied opportunities for publication. The result was that exclusion from the Union resulted in a virtual ban on publication. After the collapse of the USSR, the old union was re-organized into the Russian Union of Writers, which became fully independent from the government and united the majority of Russian writers and critics.

According to its critics, the new Assembly is merely an attempt by the Russian government to regain control over the literary community and use it in accordance with its interests. The government, in turn, has enlisted the support of the descendants of several of Russia’s most famous authors, including Dmitri Dostoevsky, Mikhail Lermontov, Elena Pasternak, Alexander Pushkin, Natalia Solzhenitsyna, Vladimir Tolstoy and Alexander M. Sholokhov.

Award-winning writer Evgeny Popov was unimpressed: “I received an invitation, which left me perplexed at first and resulted in some internal protest, as this idea is bordered on the absurd. Signatures of descendants of some great Russian writers and poets means nothing to me and I do not know who these people are.”

The same position was shared by other well-known Russian writers who have become vocal critics of the Assembly, including Boris Akunin, Eduard Limonov, Dmitry Bykov, Luydmila Ulitskaya among others, all of whom have refused to become members of the new Assembly.

Representatives of the government have already promised that the new Literature Assembly will have a good financial backing, which is expected to derived from taking a percentage of Russian books sales — some say this could be as much as 7%-10%.