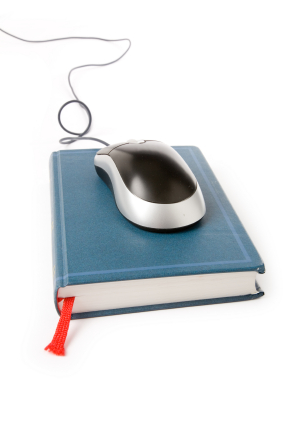 U.S. Senate bill proposes to expand the availability free digital textbooks. Is it the future or merely a populist gesture that undermines education publishing? Tyler Kingkade reports in The Huffington Post that legislation has been introduced in the U.S. Congress that could change the way students buy and use college textbooks.

The bill, which is sponsored by Sentaors Dick Durbin (D-Illinois), and Al Franken (D-Minnesota.), would create a new grant program for colleges and universities designed to “create and expand the use of textbooks that can be made available online,” and offered with free access. Under the bill, not only students, but everyone, would have access to digital books without the obligation of purchasing the publisher’s latest edition.

When introducing the bill, Senator Durbin referenced the success of a $150,000 grant to the University of Illinois for its Open Source Textbook Initiative, which allowed U of IL faculty to develop a book that’s available to the public at no cost and which can be updated as necessary. Similar success was also achieved at the University of California-Davis from a $250,000 grant from the National Science Foundation.

In a statement, Durbin noted that “This bill can replicate and build on this success and help make the cost of attending college more affordable.”

The cost of college textbooks has risen a staggering 812% since 1978.

The troubles that students have expressed with college textbooks have become notorious: one new chapter can make a new edition of a textbook worthless, which prevents students from saving money by purchasing used copies of older editions. The cost of college textbooks has risen a staggering 812% since 1978, a figure three times the rate of inflation, according to data from the Census Bureau and the Bureau of Labor Statistics. Indeed, a Government Accountability Office (GAO) report has found that college textbook prices have soared 82% in just the past decade.

The result of all this? A 2011 survey by the U.S. Public Interest Research Group revealed that seven out of ten undergraduates admitted not purchasing at least one textbook because of its high price.

“The dirty secret about textbooks is that they don’t have to be so expensive given the rise of technology, Mathew Segal, co-founder of OurTime.org which endorses the bill, told Kingkade. “Even worse if you put textbook debt in larger context with student debt, the affordability of college is becoming less and less tenable, and, as a result, the American dream is becoming more difficult for the next generation to attain.”

Kingkade also notes that the legislation “calls for a report from the U.S. Department of Education to the Senate’s education committee by mid-2016 detailing adoption of open textbooks and how much it saves students. By July 2017, the Comptroller General of the United States would have to submit a report on what has caused changes to price of college textbooks and the impact open textbooks would have on the cost of regular, traditional ones.”

Could the proposed legislation alter the landscape of US education publishing for the long-term? It it merely a populist gesture that would merely undermine the existing education publishing industry? Or is it the way forward into the future that will empower more people to achieve their educational goals? Let us know what you think in the comments.