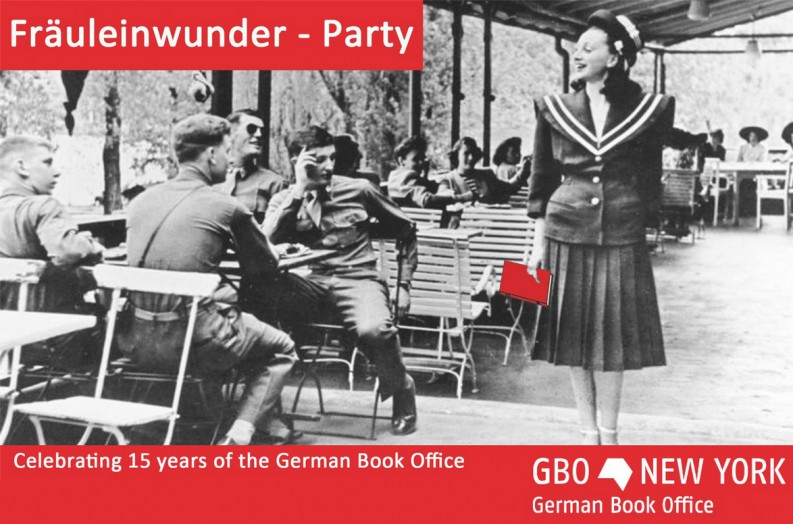 Under the motto “Fräuleinwunder”, the German Book Office New York (GBO) will celebrate its 15th anniversary on December 11 with a reception at its office at 6:30 p.m. (see the invitation here).

The motto — which literally means “wonder girls”— refers to the new generation of women authors in Germany, many of whom were published the same year the GBO was founded, including Judith Hermann, Jenny Erpenbeck and Julia Franck.

Founded in 1998, the GBO promotes German literature to North American publishers and serves as the American outpost of the Frankfurt Book Fair.

“The German Book Office was founded with active support from Germany’s Federal Foreign Office in order to raise awareness of German literature in the USA and to connect German and American publishers, agents and event organizers,” said Riky Stock, Director of the GBO since 2002.