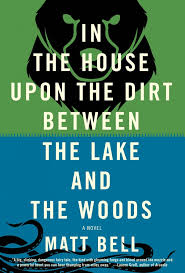 I’ve lamented time and time and time again about the group-think that goes into year-end best book lists. How it is that critics around the country manage to settle on a more-or-less consensus “top ten” is beyond me, especially considering the vast diversity of books published each year. It’s got to be a bummer to all those authors out there who see the same names time and time again. Where are the regional gems? Where are the quirky one-off local alt-press titles? Where’s the variety evident in the nearly one-million books published in the US each year (of which, granted, as many as 700,000 or so are self-published)?

I used to believe (and still do to some degree) that it is the result of critics not wanting to stray too far from the herd and to be viewed as  having the same great taste and judgement as their colleagues at the big papers. Then I remembered: there really aren’t any regional critics any longer? And the big papers aren’t exactly scrambling to add book critics.

Sure, there are a few influential critics, here and there, but it’s not exactly a great situation out there. In Houston, where I live, the majority of our book reviews are syndicated from the Washington Post. In nearby Dallas, the paper’s book review is under so much financial pressure that they couldn’t muster the budget for a year-end books and publishing round-up (something I’d written for them for the previous four years running). Another of my former employers, Bloomberg News, axed their entire arts department, leaving Laurie Muchnick — who also happens to be the President of the National Book Critics Circle — without a gig.

So on behalf of the other 99.9% of books published this year that didn’t make the consensus top ten, tell us what were your favorite “sleeper” best books of 2013?

In no particular order here are mine: Novel: Of the novels published this year, I  enjoyed Necessary Errors by Caleb Crain (Penguin), for its portrait of expat naiveté and the beautiful sentences; Fallen Land by Patrick Flanery (Riverhead), as a parable of the failure of the American dream; The Salinger Contract by Adam Langer (Open Road), a book which manages to deftly combine a mystery with a satire of literary pretense, and — the oddest book I read all year — In the House Upon the Dirt Between the Lake and the Woods by Matt Bell (Soho), which is surreal and intense, and reminded me of early Coetzee, of the Waiting for the Barbarians-era.

That said, the best novel I read all year is Stoner by John Williams (New York Review of Books) — it is so good that it eclipsed most of the the fiction I’ve read this yea. And yes, I’m that guy, one who is lauding the book after many people have moved on and it’s already been a mega hit in Europe (C’mon America, what gives?) And I finally got around to David Egger’s 2012 novel A Hologram for the King, which is a book that will delight anyone who has ever done any work in the Middle East. In that regard, as in most, it’s pitch perfect.

I know, that’s far too many men. But I hope my list of short stories makes up for it… Short Stories: I Want to Show You More by Jamie Quatro (Grove). Yes, I too loved George Saunders’ Tenth of December — the consensus #1 book of the year. He’s like America’s conscience. If you want America’s anti-conscience, I would recommend the Quatro. Her stories take what Saunders does and pushes them into just as odd and often uglier territory (albeit not always as successfully). Don’t believe me: well, James Wood agrees. (See, I too want to be seen as having “great taste and judgement” that jibes with the name-brand critics). From overseas, I was impressed by Sara Hall’s The Beautiful Indifference.

Self-Help: Speaking of the herd instinct, you can learn a lot more about how it acts upon you subconsciously in Rolf Dobelli’s The Art of Thinking Clearly (Harper). A collection of columns originally published in German newspapers, Dobelli — a Swiss novelist and business entrepreneur — explains why so much of what goes into the decisions we make is predicated by our genetic past, resulting in decisions that are not nearly as rational or logical as we might like them to be. He’s Swiss: he knows. He just, knows.

Nonfiction: The Story of My People by Eduardo Nesi (Other Press). This is the single best book about globalization I’ve read in a long time. It takes the abstract implications of globalization and reduces it to a very personal level. Nesi is a novelist, legislator and former textile factory owner. He’s also a very passionate writer, something that comes through in this polemic title about the suicide of the traditional Italian way of life and work. You can read our interview with him here. Children’s: With a six-year-old daughter at home, I get a chance to look at a lot of kids books. My daughter tends to favor older titles for some reason, so when she takes to a new or recent book, I take note. Of the books I brought home for her this year, her favorite is one that came a long distance — all the way from the Ukraine: Balloon Fish by Maryna & Serhiy Dyachenko, which is charming delightful features an opera-singing shark. Nuff’ said. Plus, it’s publisher has the most musical name: A-BA-BA-HA-LA-MA-HA (look for a profile of them from us in 2014). Out of the US, the hands down favorite was Exclamation Mark by Amy Krouse Rosenthal, the delightful story of a little punctuation mark who gets comfortable with standing out from the crowd.