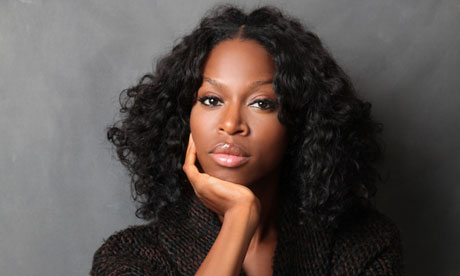 Friday’s feature story reviews “Masterpiece,” the new literary talent show airing on Rai3 in Italy. In the United States, we have no shortage of reality TV shows that put individuals into competition to win money, prizes or fame. None, feature writers (unless you consider Jeopardy! a reality show, in which case several winners have gone on to become writers…). When the news hit last week about “Masterpiece,” much debate ensued about whether or not it was much of a good idea.

Personally, I found this piece by Carolyn Kellogg suggesting “11 potential reality shows about writing” to be especially funny.

What seems to have been missed in much of the discussion is that televised writing competitions already have a history, abroad. What’s more, they are often more subversive than you might think.

In the United Arab Emirates, “Poets Millions” has aired since 2008. Drawing contestants from all over the Gulf, it is an American Idol style that where writers compete in performing Nabati poetry (or colloquial, nomadic poetry). It is a slick production — the live filming I attended in Abu Dhabi featured plenty of lasers and dry ice — and it offers many of the same features as the reality shows on which it is modeled: a trio of judges (one gruff, one encouraging, one who is just cool), audience histrionics, a huge cash prize — 5 million dirham ($1.3 million) to the winner. Of course, there are some major differences: the audience was segregated between men and women, creating a kind of visual yin-yang in the audience.

The show has been a hit for Al Arabia network and is now entering its sixth year. It’s also been somewhat groundbreaking. Poetry in the Arabic-speaking world has been dominated by male writers, but in 2010, Hissal Hilal, a female poet from Saudi Arabia, while in full read a poem attacking hardline clerics on live television. She advanced to the finals that year, but lost. In Italy, where immigration from Africa is always at issue, author Taiye Selasi’s appearance as a judge on Masterpiece makes an important point.  Photograph: Nancy Crampton

It took real bravery for a woman from a country where people are still stoned to death to speak her mind.

Of course, some forms of subversion are not so overt.

Elsewhere, in Peru a competition called LuchaLibro, would-be-writers don Mexican wrestling masks to compete against each other in a no-holds barred short story writing competition, all with the hope of winning the grand prize of a publishing contract. There, the message is subtle: yes, we want to write, and yes our publishing industry is in such disarray that we have to cover our faces to compete for the prize of a contract. It is, unsurprisingly, not televised, but performed as theater.

Then we come to Italy’s “Masterpiece” — a show that sticks to the tried-and-true TV reality show competition formula: the intro where contestants are vetted, the hopeful backstories, the “challenges.” Here, the surprise is the choice of judge: Taiye Selasi, an American of Nigerian and Ghanaian origin and a rising literary star. So what’s odd about that? In Italy, immigration from Africa has been widely debated and, among some segments of society, vociferously derided. Racism remains an endemic problem.

Putting a beautiful, intelligent black, female writer who hails from Africa in the position of judging young Italian literary hopefuls has a delicious subtext to it, don’t you agree?