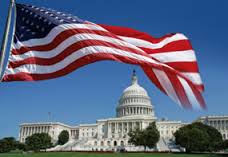 Here’s a thought experiment for you: what if Amazon was owned by the US government? What if the company did absolutely everything it does now — the superb customer service, the unparalleled range, the fabulous bibliographic database, the great e-readers and tablets — what if it did all those things, but just had a different name and was US government owned.

Think about it for a minute. So the brilliant operation so many of consumers know and use and love is government-owned. Absolutely nothing else is different, only all its profits are going into the government to fund public services, schools, the military, social security: all the things a government does (or should do).

What would people think then? Would far more people say it’s a monopoly than do now about Amazon? In other words, is it all right for a private company, or individual, to have such power, but not a government? Remember, in our example this government-owned Amazon is doing everything the ordinary Amazon does – giving a chance to would-be writers, helping them get published, giving a voice to the people, disrupting the gatekeepers etc etc.

Would the people accept it?  Or would they say it was too socialist? A tool of the nanny-state?

Yes, you’re right, it most likely wouldn’t be in the businesses’ favor and would likely end up widely despised and derided, much like the…

US Postal Service. Didn’t they have a virtual monopoly on delivery services? Look how it has turned out for them: they’ve been close to bankruptcy for years, have suffered decades of disgruntled employees and enjoy the low opinion of the public across the United States.

Perhaps it’s better for us to consider this when it comes to Amazon: at least they aren’t the US government…