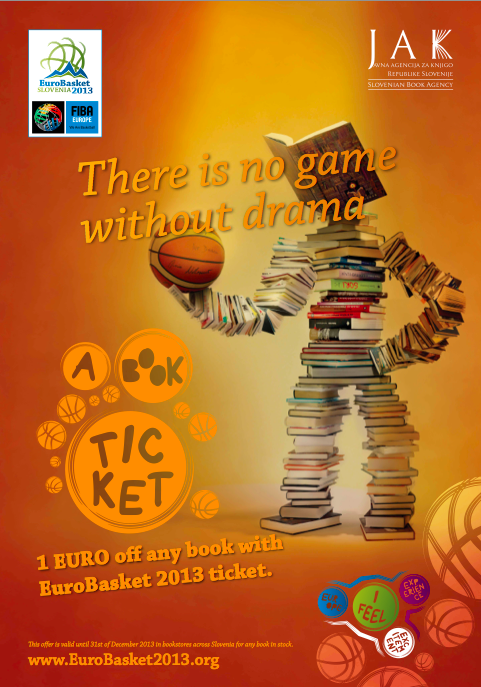 After over a decade of lobbying the government, Slovenian publishers and booksellers  finally have their fixed book price law, which one hopes will bring stability to this very modest book and publishing industries during these turbulent times.

The final draft of the law, which is being discussed within the left-wing leading coalition, is a basic, stripped-down version of the prevailing book market regulation seen around much of the rest of Europe: prices are fixed for no longer than six months from the publication. Some discounting is possible  at book fairs and authors’ promotions, while book clubs and other possible provisions are entirely omitted.

Despite its limitation, it is a start toward a more coherent cultural policy in favor of the book — one that is much needed in such a modest and fragile marketplace.

Slovenia’s small population of just two million supports just 140 bookstores and 48 public libraries. The country’s 100 publishers collectively put out some 4,285 titles in 2012, with an average print run of 1,000 copies. Total revenue for the publishing industry hit  €86.7 million in revenue, with the average book selling for €19.29. (Data sourced from NUK and ZKZK GZS) In the nineties, following the fall of communism, the state owned publishing companies were quickly privatized. They merged into two major groups: DZS, an educational publisher that owns 50 bookstores, and Mladinska knjiga, a trade publisher, which owns another 47 bookstores — the latter being an important distribution channel for fiction and literature. Naturally, with the two major publishers owning the two major book chains, tensions have remained high with the remaining 98 publishers, who are often unhappy with the treatment of their titles.

However, dark clouds started to gather over the Slovenian book market when the owners of Mladinska knjiga suffered severe losses during the most recent global economic crisis, with some 69% of shares of Mladinska knjiga’s shares landing in the hands of banks who were eager to dump their shares on the first willing buyer.

Panic set in: what would happen if the new buyer was eager to divest Mladinska knjiga’s bookstores? How would the remaining publishers suffer? How would Slovenia’s cultural heritage suffer?

In September, a local publisher, Učila International, in turnover fifteen times smaller than Mladinska knjiga Group (including their subsidiaries in Croatia, Serbia, Bosnia and Herzegovina, and Macedonia), announced their intention to buy the 69% shares from the bank consortium. Učila is a very commercial operation distributing the books through over 1,000 sales points like supermarkets, post offices and petrol stations, as well as their own chain of 19 Felix Bookstores. They are also the Slovenian publisher of major international bestselling authors like Stieg Larsson, Stephenie Meyer, and recently, E.L. James. Numerous authors and independent publishers have been vocal in their protests of the proposed merger. While Učila has demonstrated innovation and courage in the distribution of books, coping with the huge undertaking that is Mladinska knjiga, including taking on hundreds of employees and authors under contract, might be an overreach.

The issue remains under review. And while Mladinska knjiga may be the prettiest and most desirable bride-to-be in Slovenian publishing and book selling, (knjiga means book and is feminine in Slovenian), she remains free to make her decision. A smart groom might consider splitting its publishing and bookselling assets into two; an investment in the bookshop chain alone might bring interesting returns and positive results, particularly in view of the new, impending fixed price law.

One may find it ironic then that with all the turmoil in the publishing industry in this tiny nation that the most recent national campaign to promote reading adopted the slogan “No Game without Drama!” The campaign was focused around September’s EuroBasket Tournament, the European basketball championship and the biggest sports event ever organized in Slovenia. To promote reading, ticketholders to games could take their stubs to local bookshops to get a €1 discount on any book purchases.

However far one might think that the world’s of basketball and books are far apart, it was apparent to the event organizers, as well as publishers and booksellers, that both promote positive values, especially to the younger generation. (Even the NBA in the United States once tried to promote the marriage of reading and basketball through its now defunct Read to Achieve promotion).

Earlier this year Primož Suhodolčan, a popular children’s author, together with the famous illustrator Gorazd Vahen and their publisher DZS, won the tender to produced a special edition picture book dedicated to the tournament. Lipko and BasketBilly — Lipko, which means “little Linden tree,” was the mascot of EuroBasket 2013 — was published in Slovenian and and English translation. It is the touching story of a lonely boy, Billy, who finds friends to play basketball with where he least expects.

The picture book has been a national bestseller, with total print run of some 11,000 copies (plus 500 in English) — far, far above the typical Slovenian book. All the school municipalities where tournament games were held bought copies for their first graders.

Love for basketball, love for reading — we’re sure to win some medals in years to come. Now let’s hope our publishing industry can come together as a team as well.

Tanja Tuma is the director of the Slovenian publishing house Založba Tuma d.o.o. and the author of several books, including her latest work, written in English, Winds of Dalmatia.