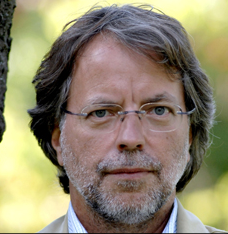 In August, we wrote about the strange confluence of winners of the Neustadt International Prize for Literature and the Nobel Prize for literature — going so far as to dub the Neustadt as “America’s Nobel.” On Friday, the latest Neustadt winner was announced: Mozambican author António Emílio Leite Couto (Mia Couto).

Cuoto was chosen by a jury of nine international authors to take home the $50,000 prize  sponsored by the University of Oklahoma, the Neustadt family, and World Literature Today.

Gabriella Ghermandi, who nominated Couto for the Neustadt Prize, said of Couto, “He is an author who addresses not just his country but the entire world, all human beings.”

More from the Press release:

Born in 1955 in Beira, Mozambique, Couto began his literary career in the struggle for Mozambique’s independence, during which time he edited two journals. Raiz de Orvalho, Couto’s first book of poetry, was published in 1983. His first novel and the novel that was the representative text for the Neustadt, Sleepwalking Land, was published in 1992 to great acclaim and is widely considered one of the best African books of the 20th century.

Couto is known for his use of magical realism as well as his creativity with language. In her nominating statement, Ghermandi wrote, “Some critics have called Mia Couto ‘the smuggler writer,’ a sort of Robin Hood of words who steals meanings to make them available in every tongue, forcing apparently separate worlds to communicate. Within his novels, each line is like a small poem.”

This year, Couto also received the 2013 Camões Prize for Literature, a prestigious award given to Portuguese-language writers.

WLT executive director Robert Con Davis-Undiano remarked, “Mia Couto is trying to lift the yoke of colonialism from a culture by reinvigorating its language. A master of Portuguese prose, he wants to lift that burden one word, one sentence, and one narrative at a time, and in this endeavor he has few if any peers.”

Upon hearing about his win, Couto responded, “This award is timed perfectly, as Mozambique is about to go through a difficult time. For me personally, this award is certainly a relief, a ray of sunshine, at this sad national moment.”