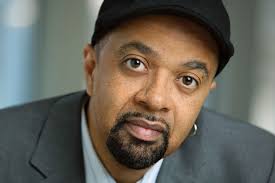 James McBride’s NBA-winner “Good Lord Bird” is deserving of the prize in the best sense of the term.

Last night, the 2013 National Book Awards were presented in the categories of Fiction, Nonfiction, Young People’s Literature, and Poetry. And…the winners are:

At Salon.com, Laura Miller, who last year called the NBA’s “irrelevant,” said that at least when it came to the winners for fiction and nonfiction, that the National Book Award got it right.

Of McBride she wrote in part, “The Good Lord Bird is in fact an ideal NBA winner in the best sense of the term: accessible, smart, ambitious and besotted with Americans’ freewheeling use of our language. The novel is so entertaining, it’s easy to miss the audacity of its premise: A comic picaresque narrated by a slave, when 1) slavery isn’t funny and 2) the roving, carefree life of the typical picaresque hero is pretty much the antithesis of the slave’s lot.”

Of Packer (which is one of my favorite books of the year by far), she wrote, “…George Packer’s The Unwinding is similarly remarkable, a collection of profiles reflecting the social and economic history of America over the past 35 years that pointedly refrains from making sweeping polemical arguments about ‘what’s gone wrong.’ The lives of a factory worker-turned-activist, a disillusioned lawyer, a Silicon venture capitalist and a North Carolina tobacco farmer, among others, are allowed to speak for themselves. In a culture in which everyone is perpetually shrieking their political opinions, it’s hard to convey just how refreshing this is. Hell, you might even learn something.”

Miller concluded by asking, “What’s the place of the book in a world of digital communication? In these two choices, at least, the National Book Awards suggest that books are where grown-ups go when they want to use all of their minds and hearts.”